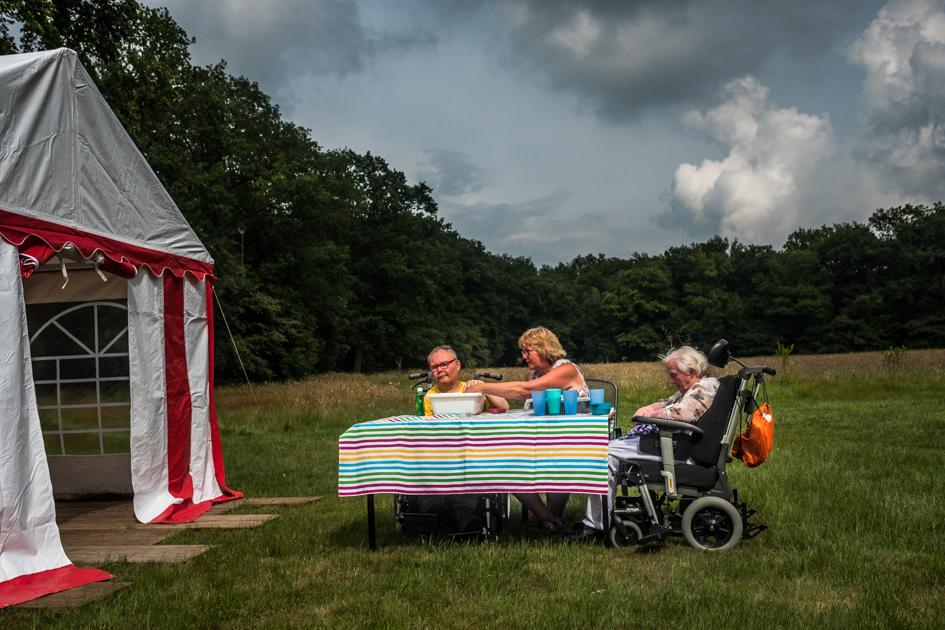 Because no trips could take place for months during the 'intelligent lockdown', a camping site for the mentally handicapped is being set up in the backyard of an institution for mentally disabled in Baarn, the Netherlands. On the day of the opening in June, initiator and activity supervisor Margareth Lam, together with Marc van der Meulen and Mien Zweerts, the oldest resident, are doing the dishes in front of the tent. 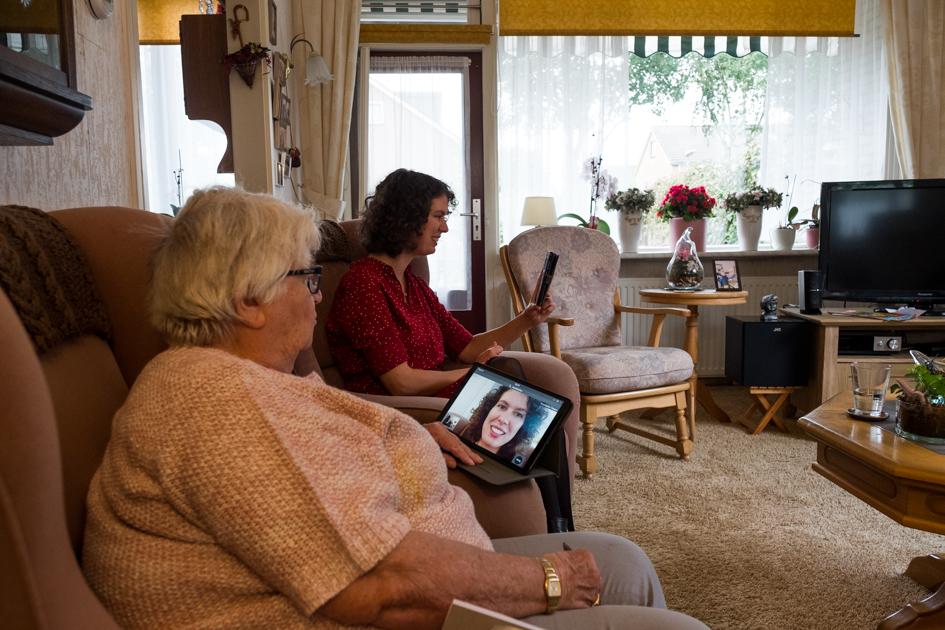 To combat loneliness for the elderly, volunteer organization Versa started a program in which tablets were distributed to the elderly. Rozemarijn Vissers signed up as a volunteer and visits mrs. A. Bouwens den Butter in her house in De Hilversumse Meent to teach her how to make video calls. 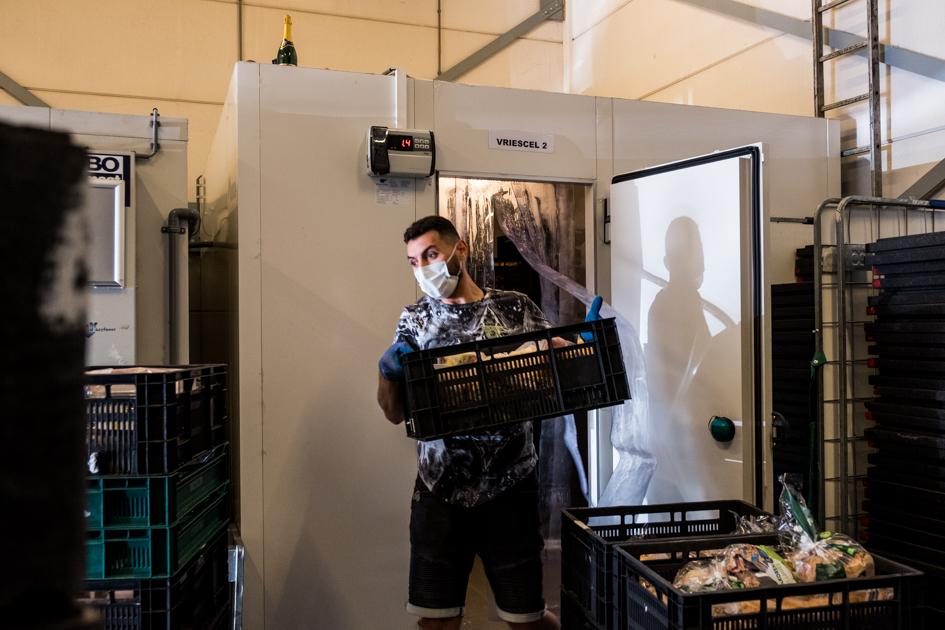 The food bank relies on donations from major supermarkets, local businesses, or gifts from individuals. Fresh vegetables are purchased with the help of contributions from municipalities. At the beginning of the pandemic, there were shortages, partly because of hoarding. There were also fewer fundraisers available, since many volunteers themselves are elderly, ho had to halt their volunteer activities. 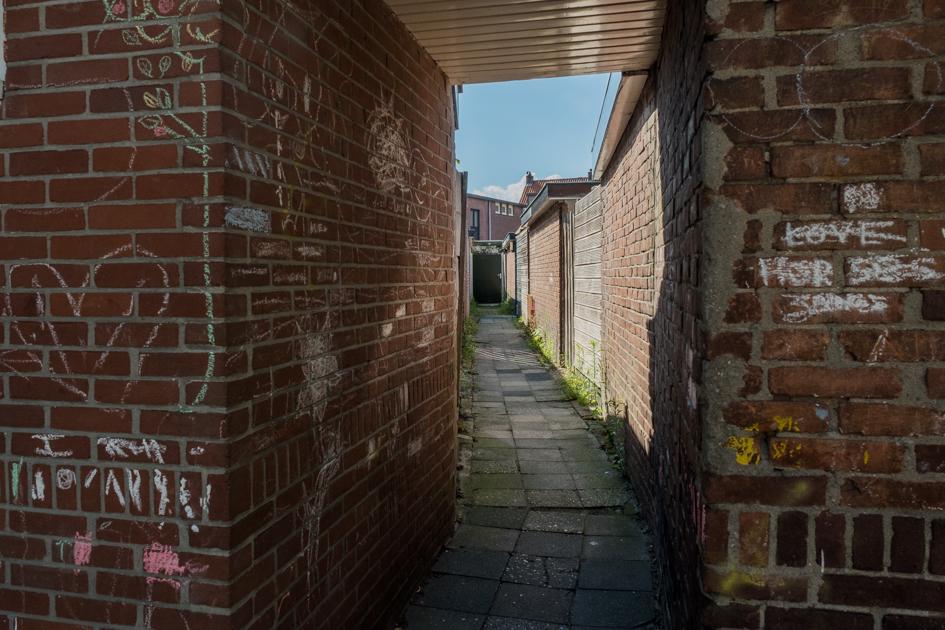 The project is funded by Museum Hilversum and Stichting de Zilveren Camera, who have selected three photographers to work out thier proposals around the theme: 'The Backside of Hilversum'. Hilversum is located in one of the richest parts of the Netherlands. However, the pnademic is affecting the rich and the poor disproportionally. 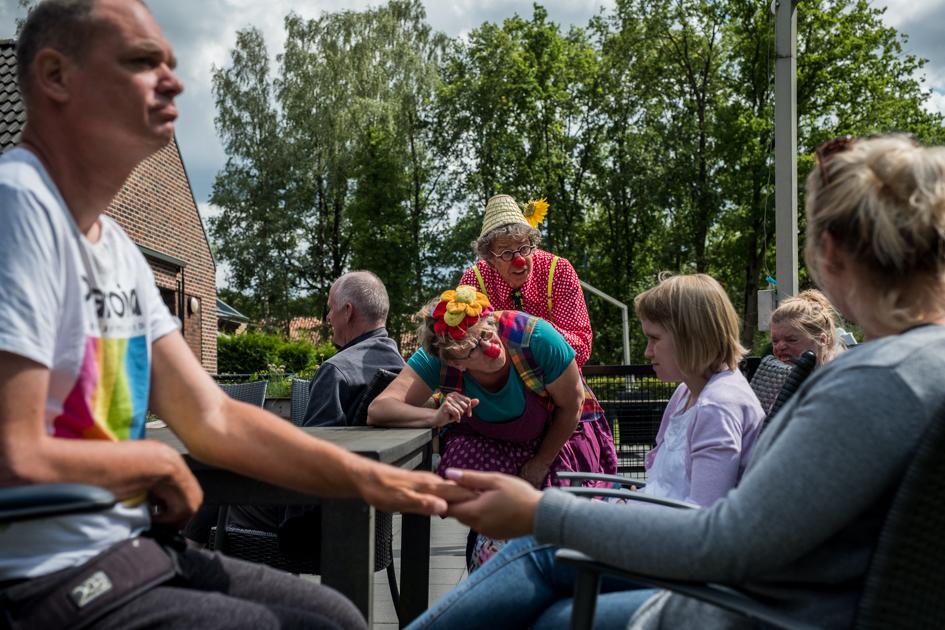 Clown Zip and Wokkie (Gerdien Willems and Rob Slijpen) voluntarily visit the residents of Sherpa, an institution for mentally disabled, to cheer up the residents. “When the people in the institutions could no longer receive visitors, we decided to drop by to give a window performance and that way to brighten up the day. We can now visit again and perform interactively.” 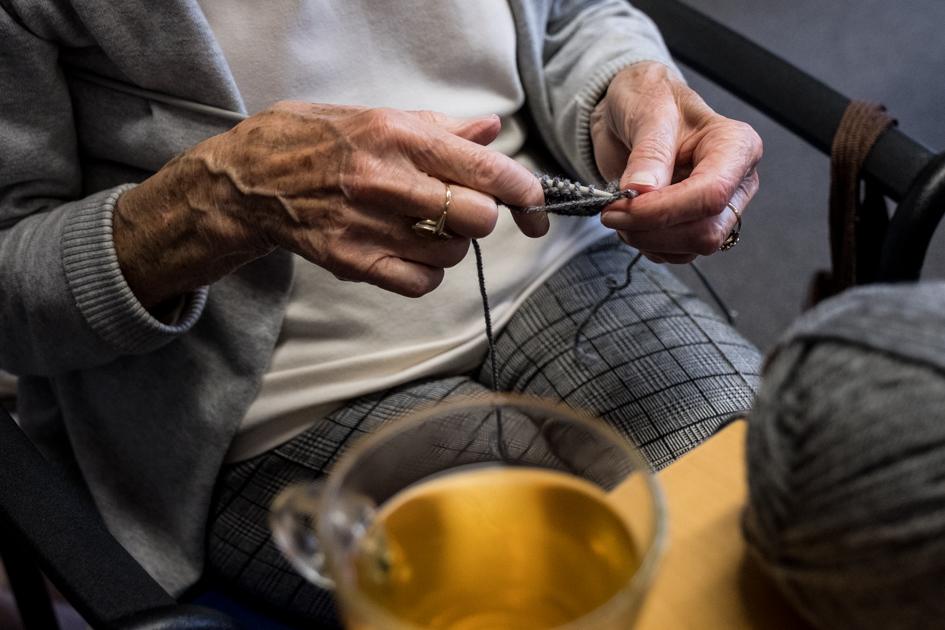 The corona-crisis has hit Ria Duurland (91 years) hard. "I really felt I deteriorated. I felt so anxious and locked up in my home.' Since June the activities organised by the local buddy project 'Maatjesproject' -whose aim is organizing activities to break social isolation- could be resumed. 'I come to the creativity work where I can do my needle work in good company. It really helps to repress myfears.' she recounts. 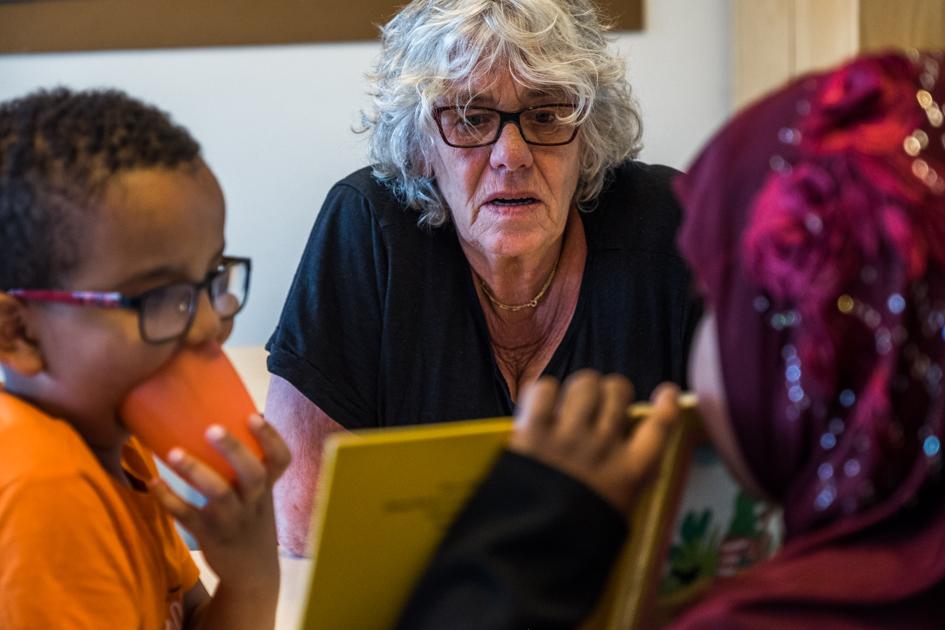 VoorleesExpress aims to promote children’s language development by enriching the home literacy environment and enabling parents to support their child’s language growth. However, the families could not be visited during Covid-times, so sessions are held at a school. Volunteer Lous Rijlaarsdam guides the children in their language. 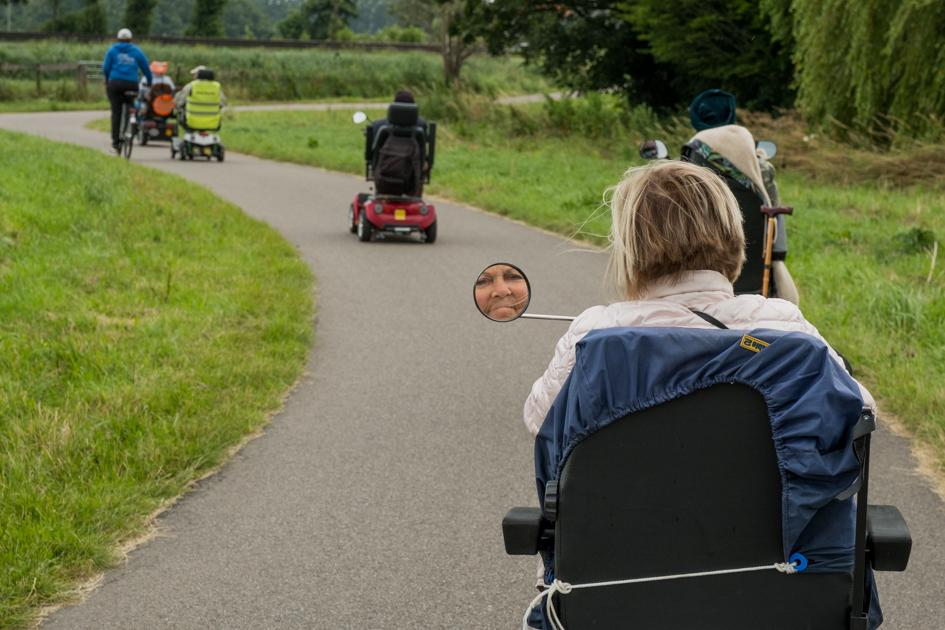 "During the so-called 'intelligent lockdown' in which everyone was at home, the idea arose to organize a four-day scoot mobile tour for the disabled, including a medal, to compensate for the long time that no day trips could be made.” says Ingmar Kolmar, initiator and sports coach at Versa. With the help of volunteers, a 20 km long daily tour around Weesp was set out. 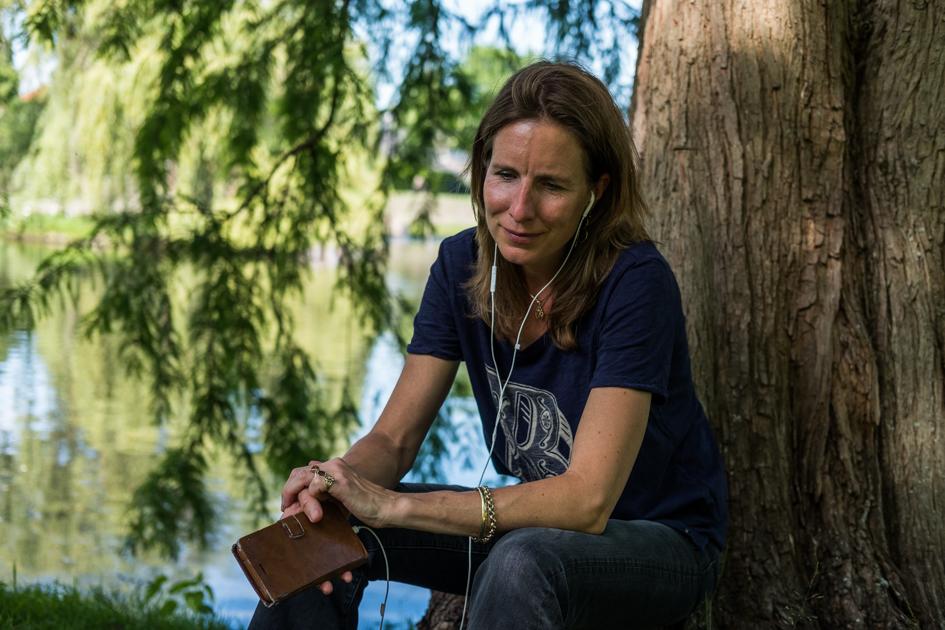 In March, during the early days of the corona crisis, Anne van Roij registered to volunteer through the Present Foundation. During a daily walk in the park near her home, she became a call-buddy for a single lady in her 70s, who was panicking of all uncertainty around the new deadly virus. “Besides being lonely, this lady was quite anxious by what was happening. Through the phone I tried to comfort her." 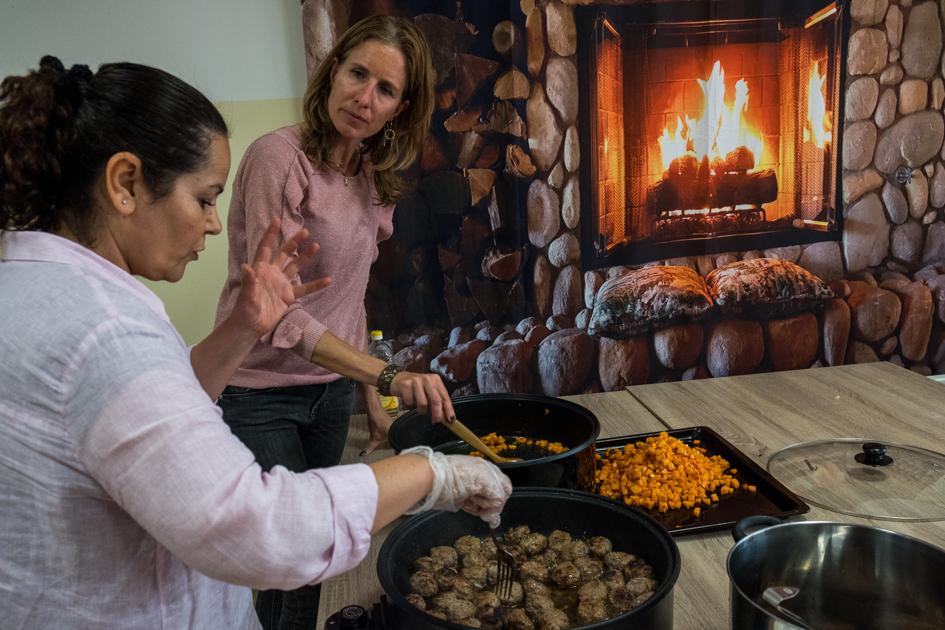 “The food bank packages are not specifically aimed at people of Turkish descent, although many people who need the help of the food bank come from Turkey. I wanted to offer them something extra, ”says Tulay Becer (left). She happily cooks weekly with Anne de Roij (right), who is also a volunteer here. "I actually wanted to set up a dining room café, but because of the corona we now deliver the food." 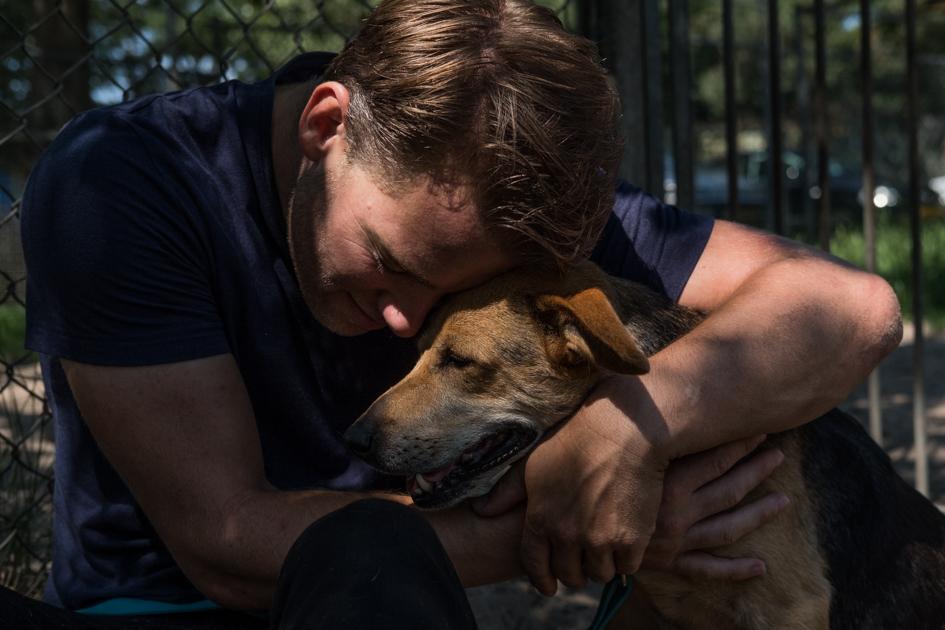 Inspired by the volunteer work he did in an animal shelter in South Arica, Tom Peters’ mission is to improve the wellbeing of shelter dogs in the Netherlands. Together with his girlfriend he founded Happy Dogs & Shelters to grant dogs at least one ‘happy walk’ a day. During lockdown volunteers could not come to asylum Crailo to walk the dogs, so Tom decided to dedicate more hours of volunteering to give the dogs at least one happy moment a day. 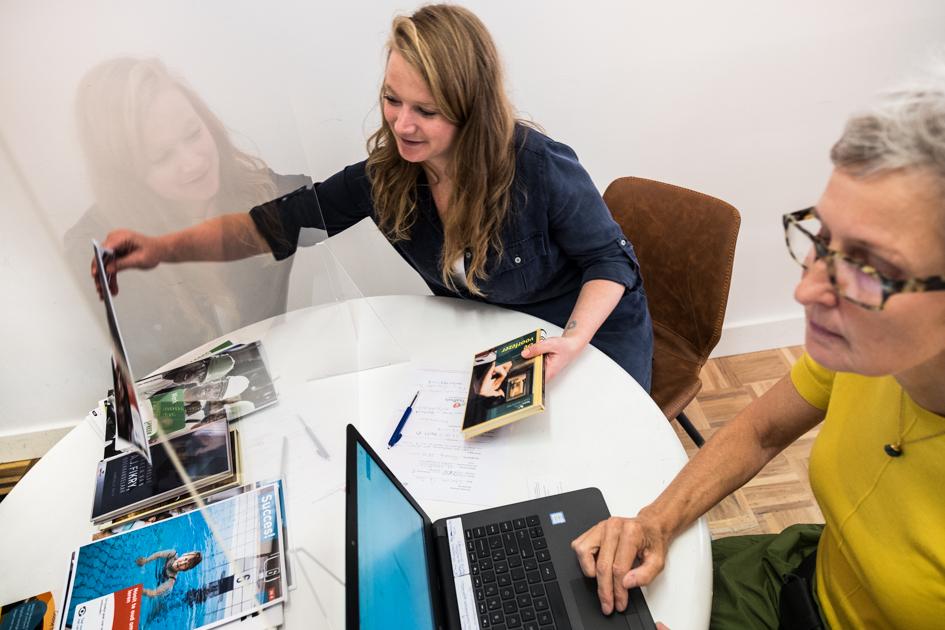 Lotje Hallam (left) and Annette Grippeling (right) are volunteers at the Digitaalhuis (Digi-Languange House). Here, low literate people and people with a language deficiency are linked to a language course or language coaches. The walk-in consultation hours were restarted in June, for example in the Weesp library. “Many people slipped under the radar during the corona era. Where possible, we have called and visited people. For me it was great that I did volunteer work. It gave me the structure and grip to get through the long days.” 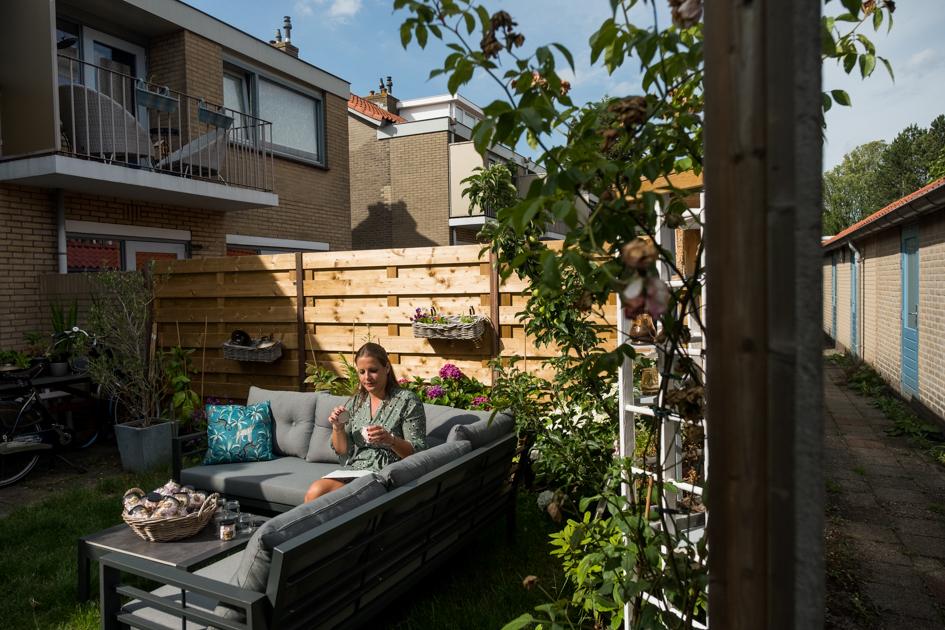 “I wanted to do something”, says Katinka Ros. “There we were, all at home. I decided to make jars full of love for those who could use a jar with love.” A crowdfunding campaign raised an amount that allowed her to fill more than 500 jars with sugar hearts in her backyard. They were distributed to children and care-professionals through organizations. 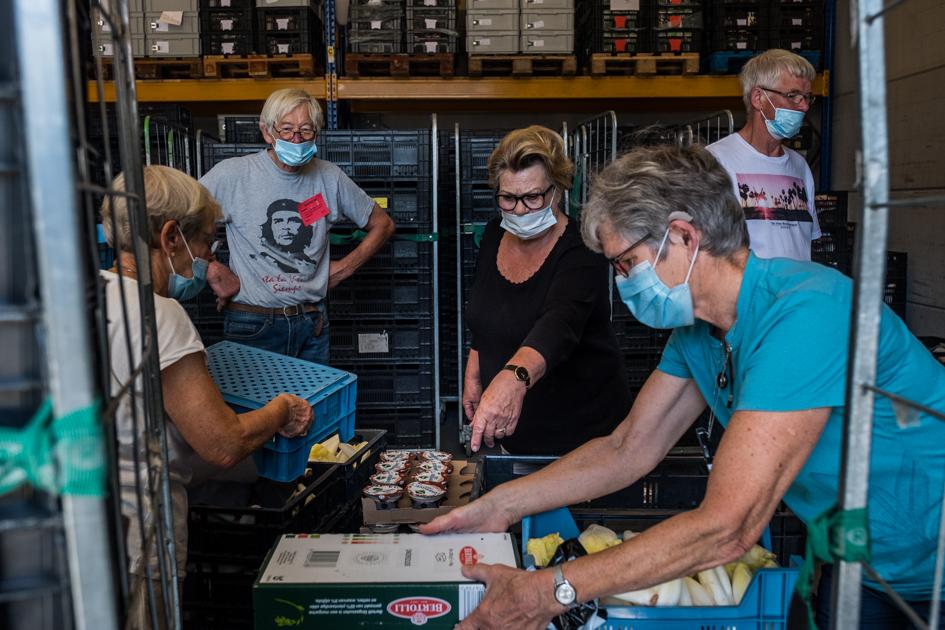 Since the beginning of the covid-19 period, the number of applications to the Food Bank has increased by 10 percent and an increase is expected in the autumn. In the region ‘t Gooi 246 volunteers prepared food parcels for 50 household, with a total of 1400 people. The food bank counts with 12.000 volunteers throughout the Netherlands. 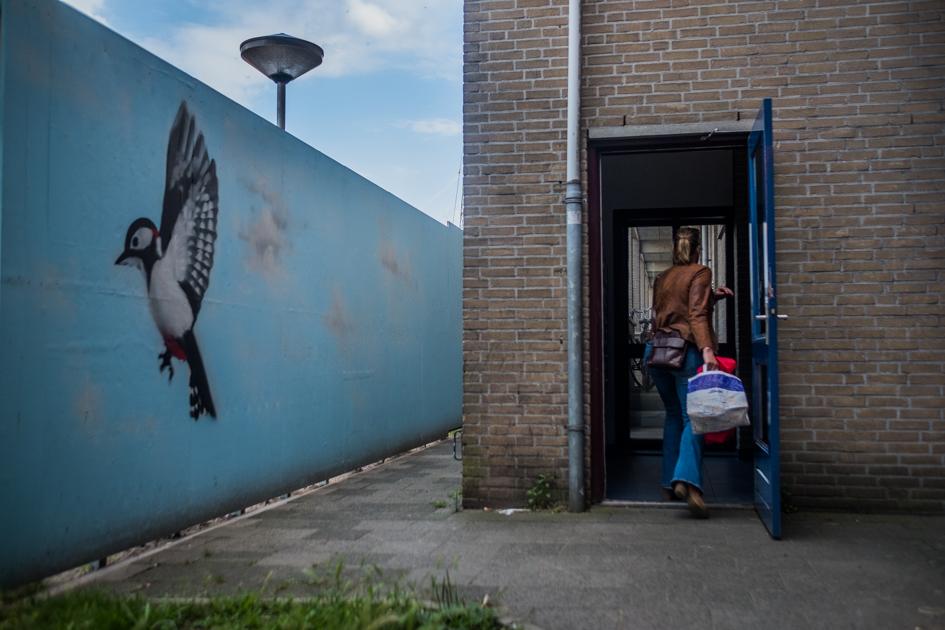 During the corona period, Jolanda Karstens signed up as a volunteer through the Present Foundation and was linked to the "Cooking in the Neighborhood" project. She delivers food to people who are less fortunate. “And the special thing is: it's not just about the food at all. Many people are already socially isolated and corona made things worse. It's the talk at the door that makes the difference.”
VOLUNTEERS, THE FORGOTTEN HEROES OF THE PANDEMIC
In recent years, the gap between rich and poor has also increased in Hilversum, located in the prosperous region of 't Gooi, in the Netherlands. The corona crisis has put many vulnerable people to the test, socially, economically and emotionally. At the same time, a wide range of initiatives was developed to lend a helping hand in this challenging period. Out of sight, a large group of people do themselves unpaid for others. This series aims to pay tribute to the volunteers, the humble helpers during the pandemic. A diversity of activities shows how volunteers bridge classes, generations and cultures. From clowns, who provide the mentally disabled with a fun afternoon, to the Food Bank, which saw an increase in demand of no less than 10 percent during the Corona crisis. The series shows how the volunteers create connections in different ways, and aims to put this underexposed group in the spotlight.