Covid-19 - When the Ladies of Love Left 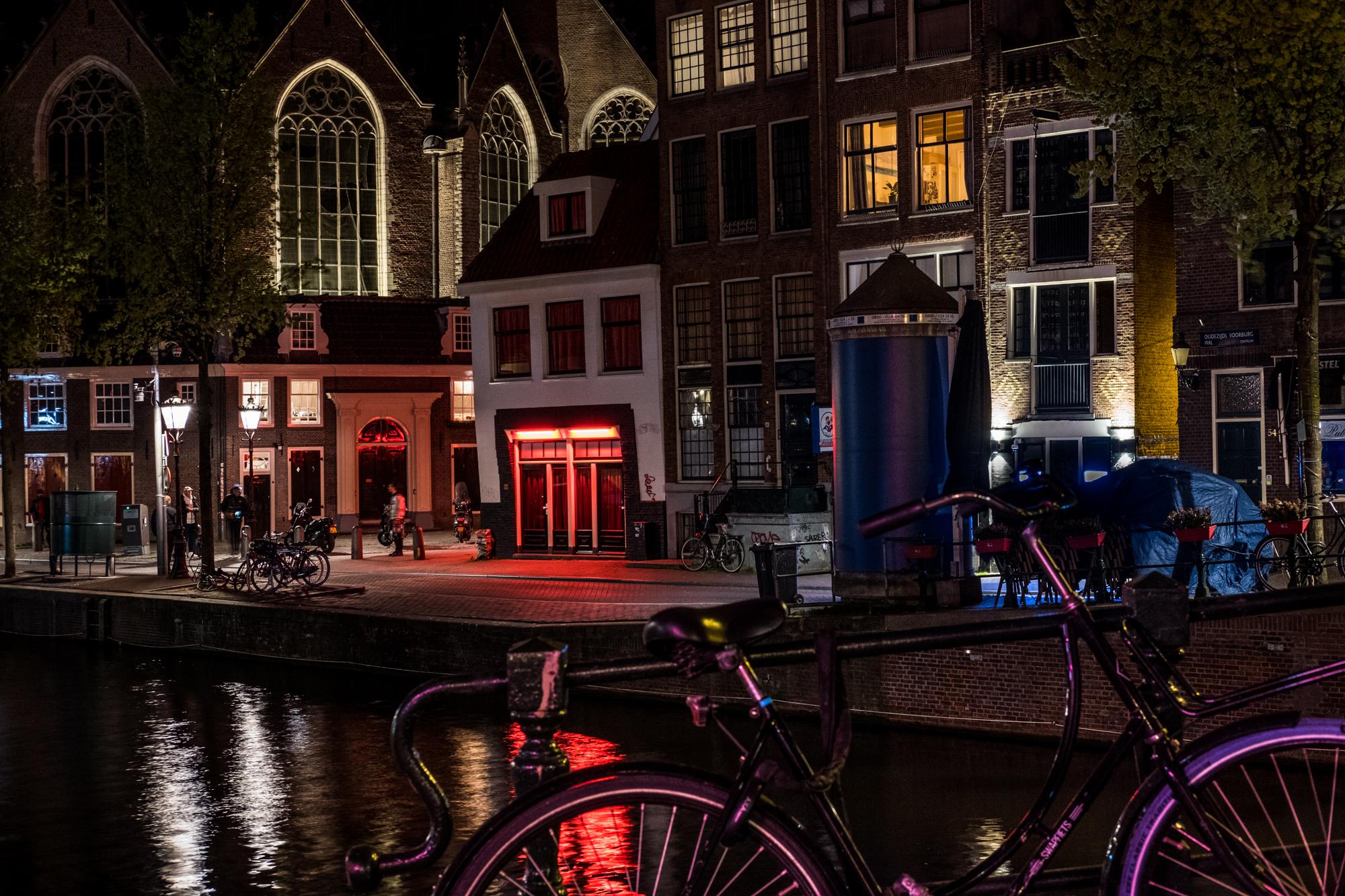 The Red Lights of the Wallen continue to shine bright even if commerce has been banned since the 15th of March. Many sex-workers have stopped working, or have turned to do offer their services online. 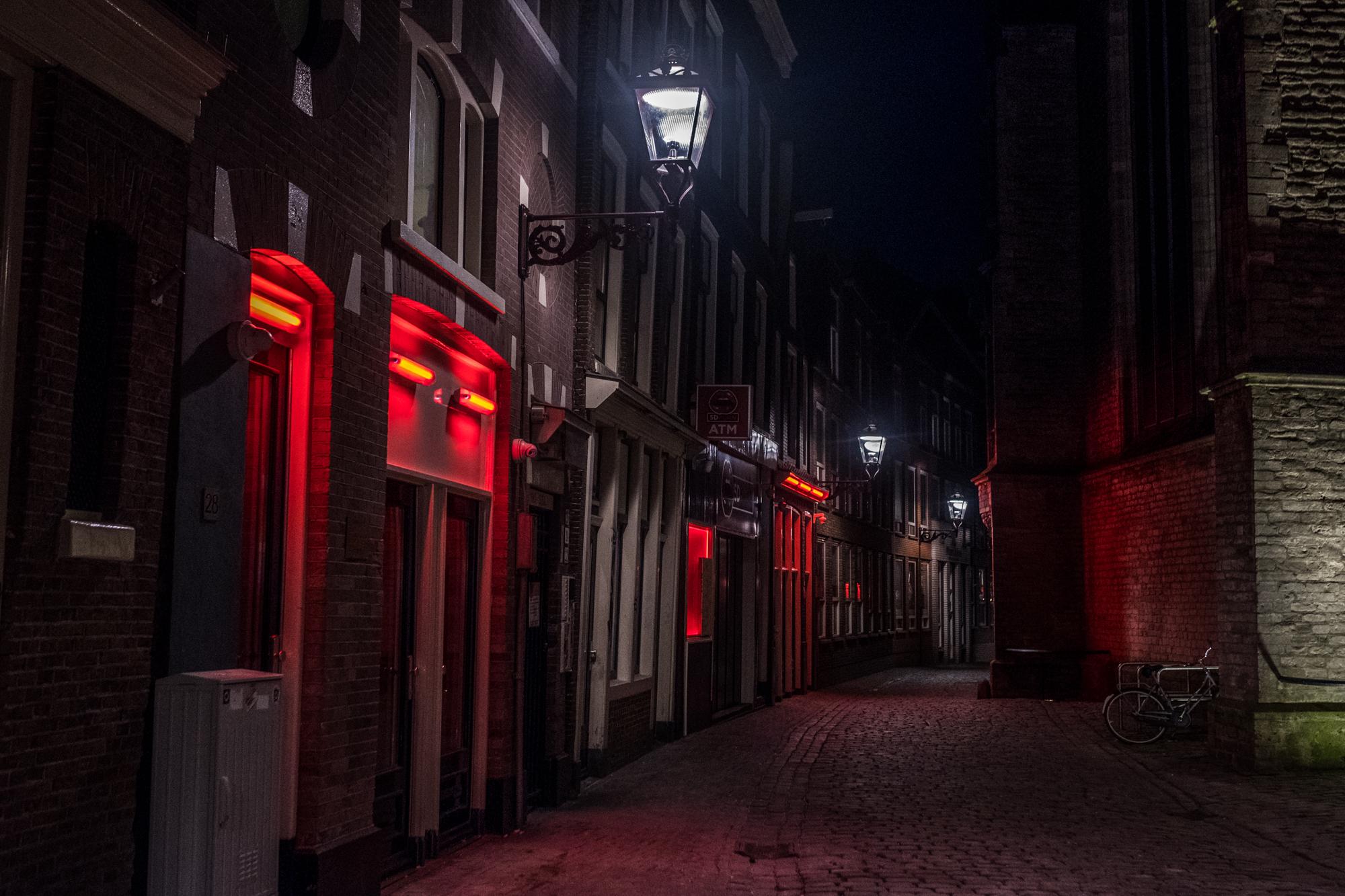 The alleyway next to the Oude Kerk is normally hired by ladies from Latin America, who their customers price for their sweetness and sass, explains Mariska with a smile. 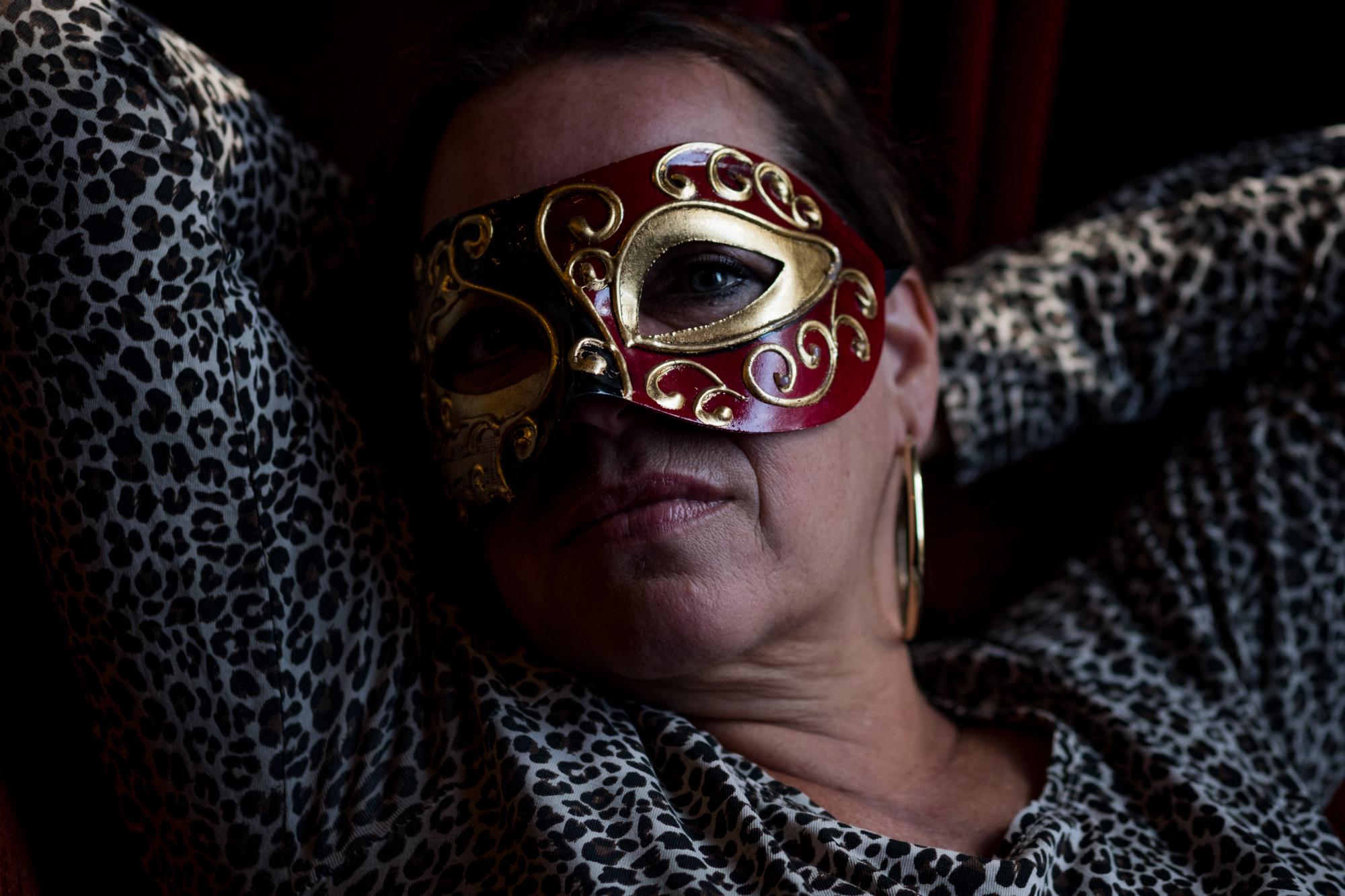 Registered as a nurse in the Dutch Chambre of Commerce, Mariska tries to keep her profession secret. It is out of fear and stigma that she goes through great lengths to protect her identity. Her concern for the reaction of others has prevented her from applying for COVID19 emergency funding, as nurses are not eligible for funding. 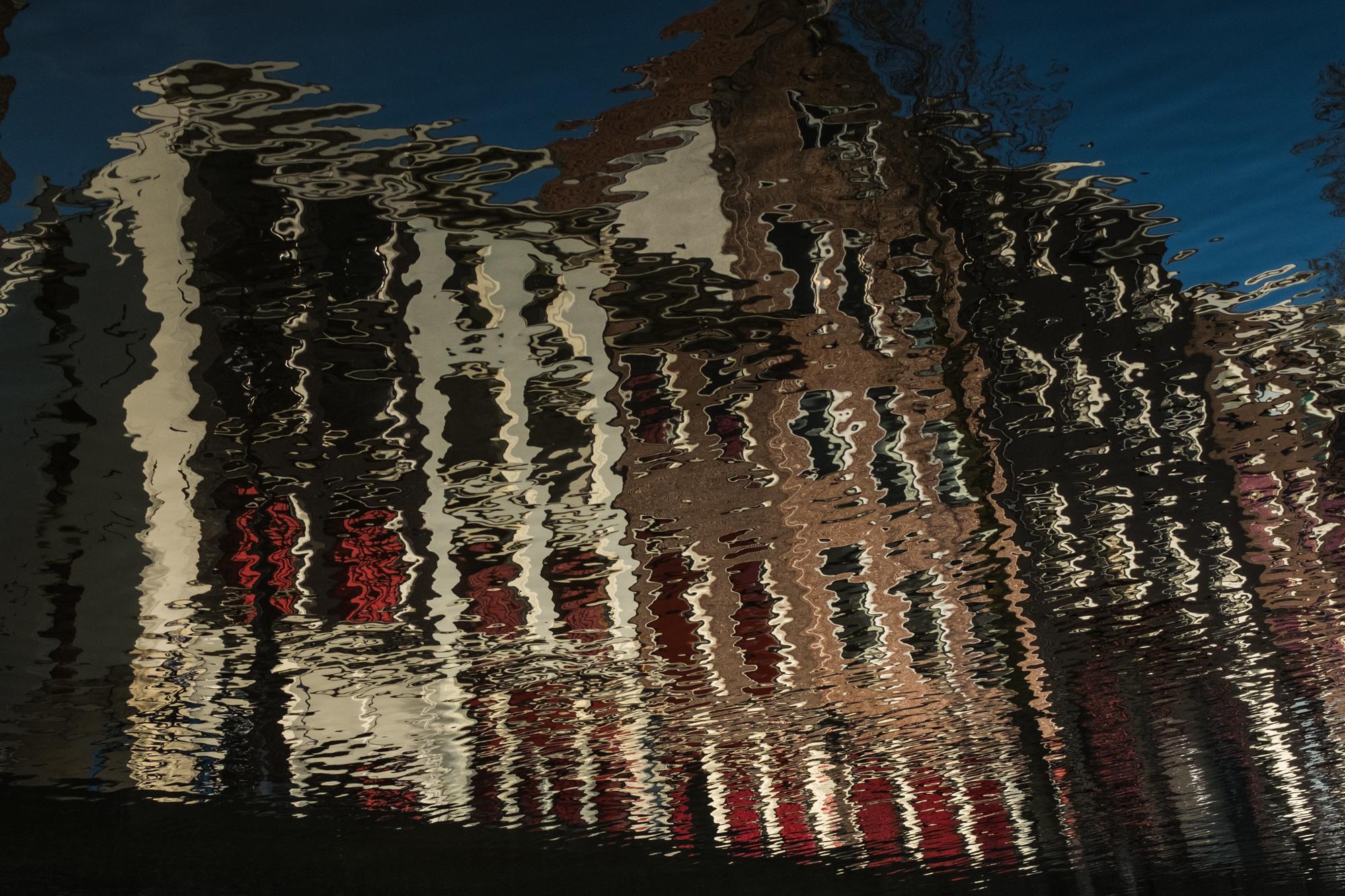 Closed red curtains reflected in an Amsterdam canal show sex work came to a halt. Social distance of 1,5 meter is hard to maintain in a contact-profession like the window girls offer. 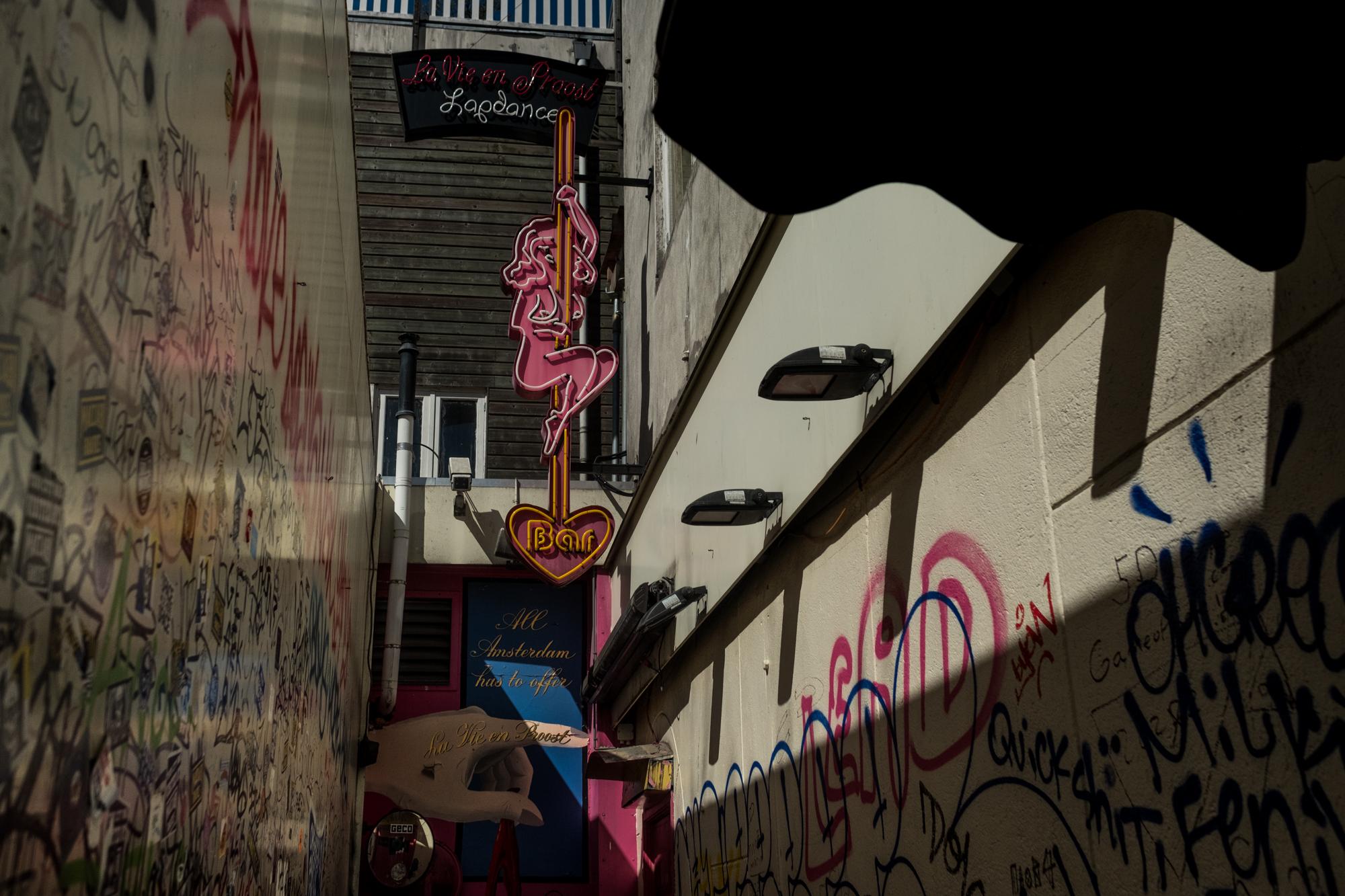 Sex and strip clubs are closed. Events have been cancelled at least until 1st of September; until the 1st of June people can only gather with three persons, keeping 1,5 meter distance of each other. 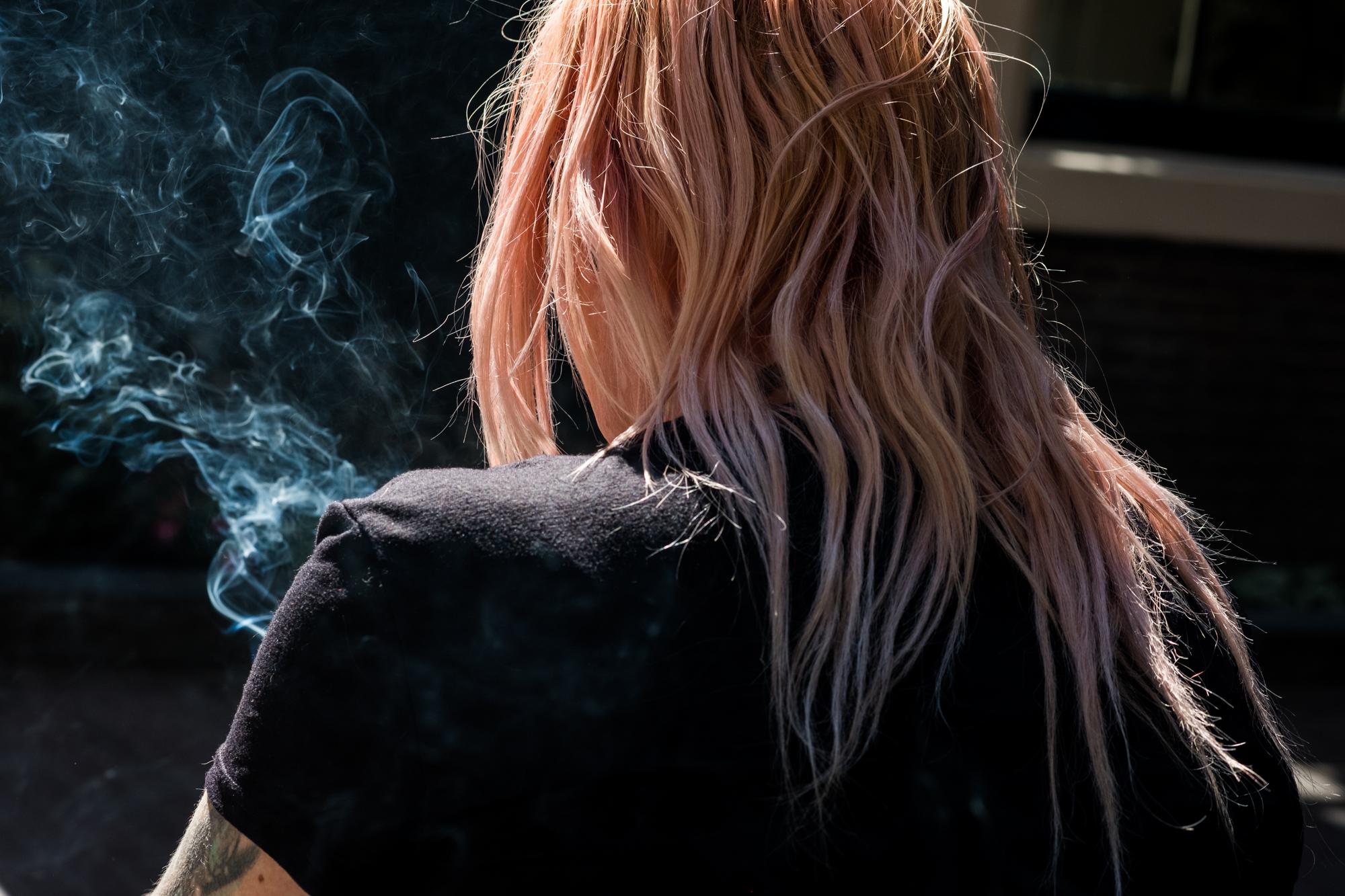 Jeanet usually organises gangbangs in clubs and cannot do her job now. She applied for a Covid-19 welfare payment provided by the government. Awaiting the payments, she turned to escort work illegally to be able to pay her rent. 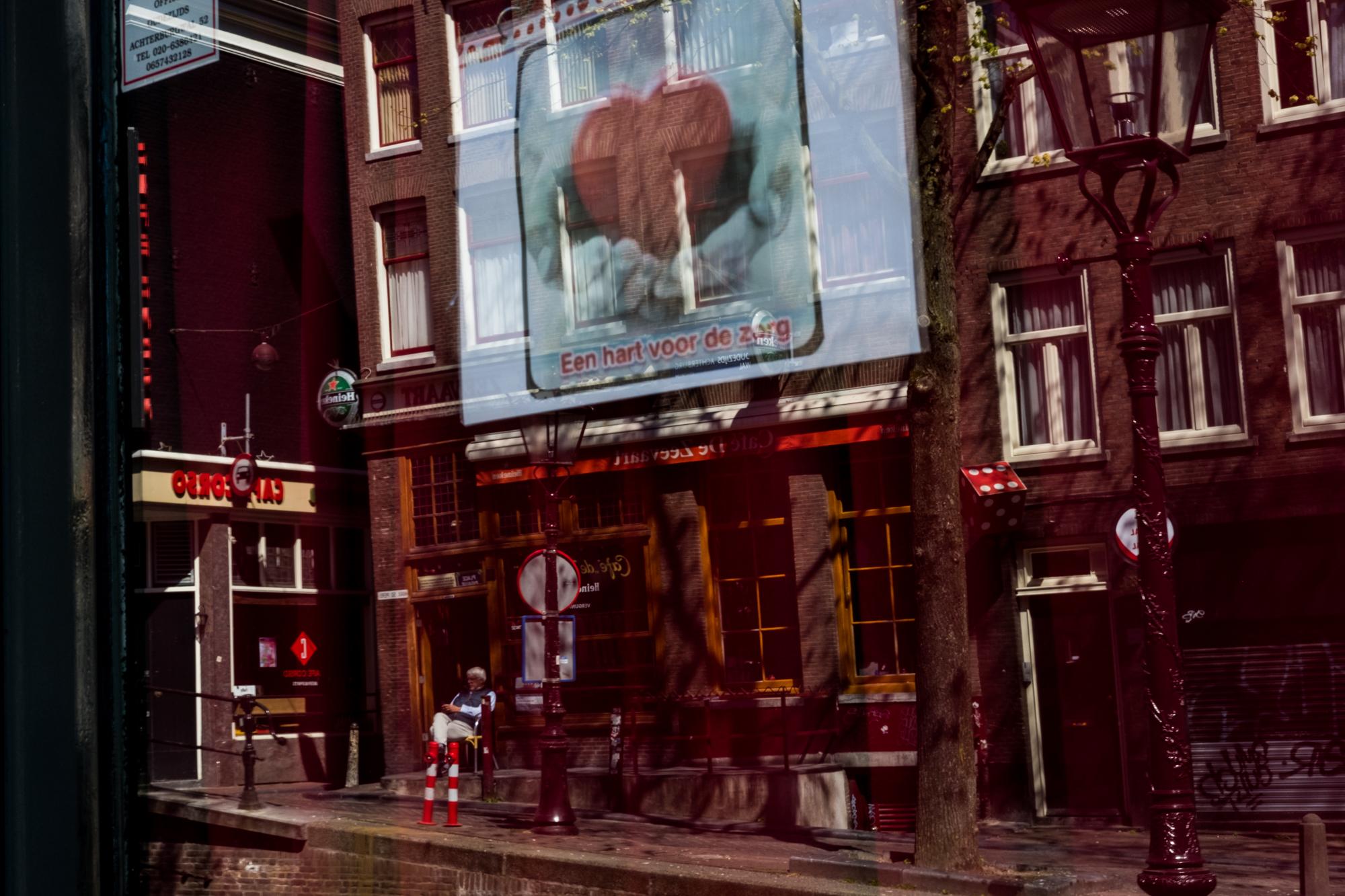 Behind some of the windows of the Red Light District a sign is hung to demonstrate support for the Dutch care system. 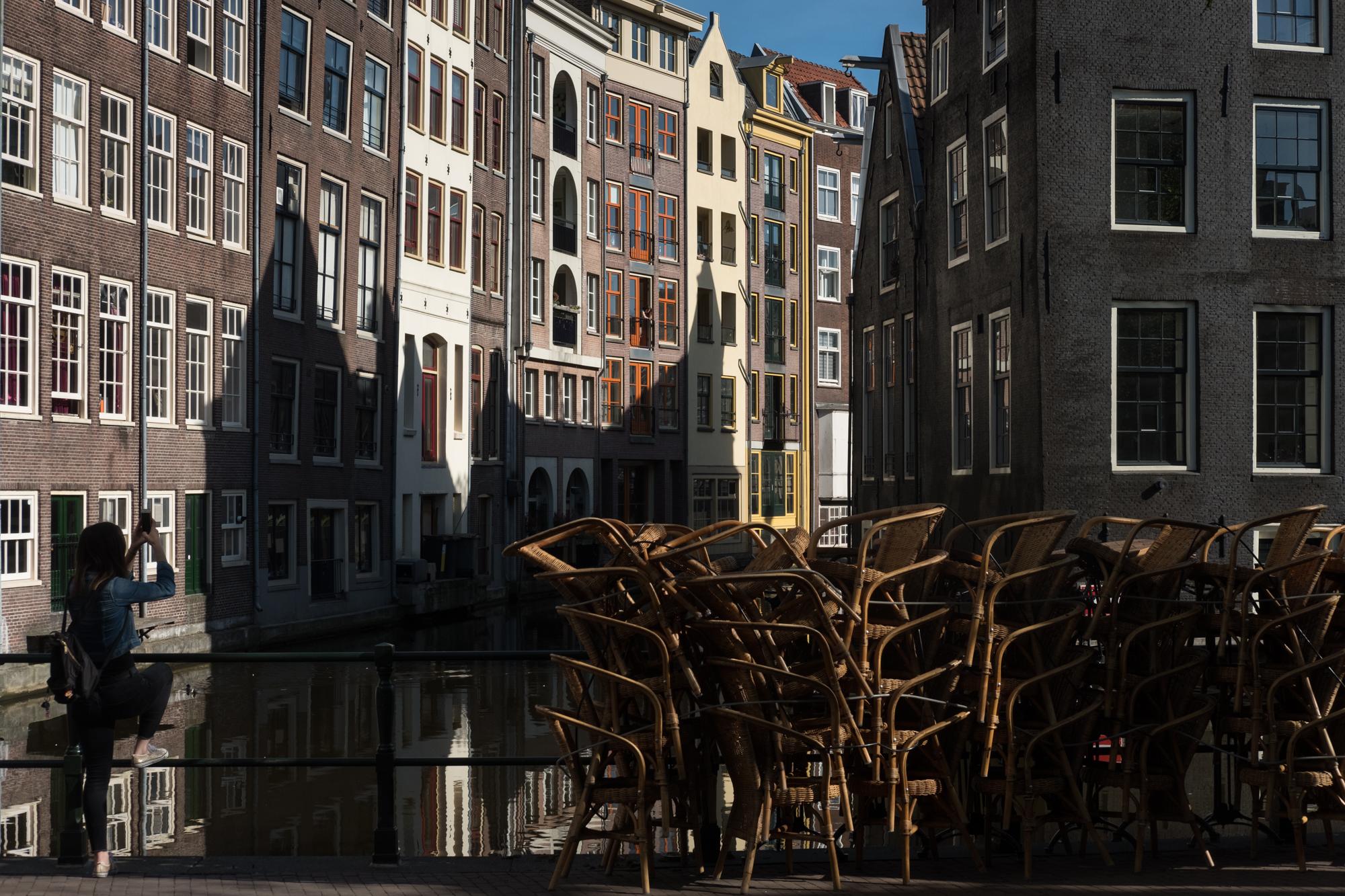 Bars and terraces remain closed. The Red Light District is located in one of the most antique and beatiful parts of town, but in non-Covid times it is hidden by the noise of mass tourism. 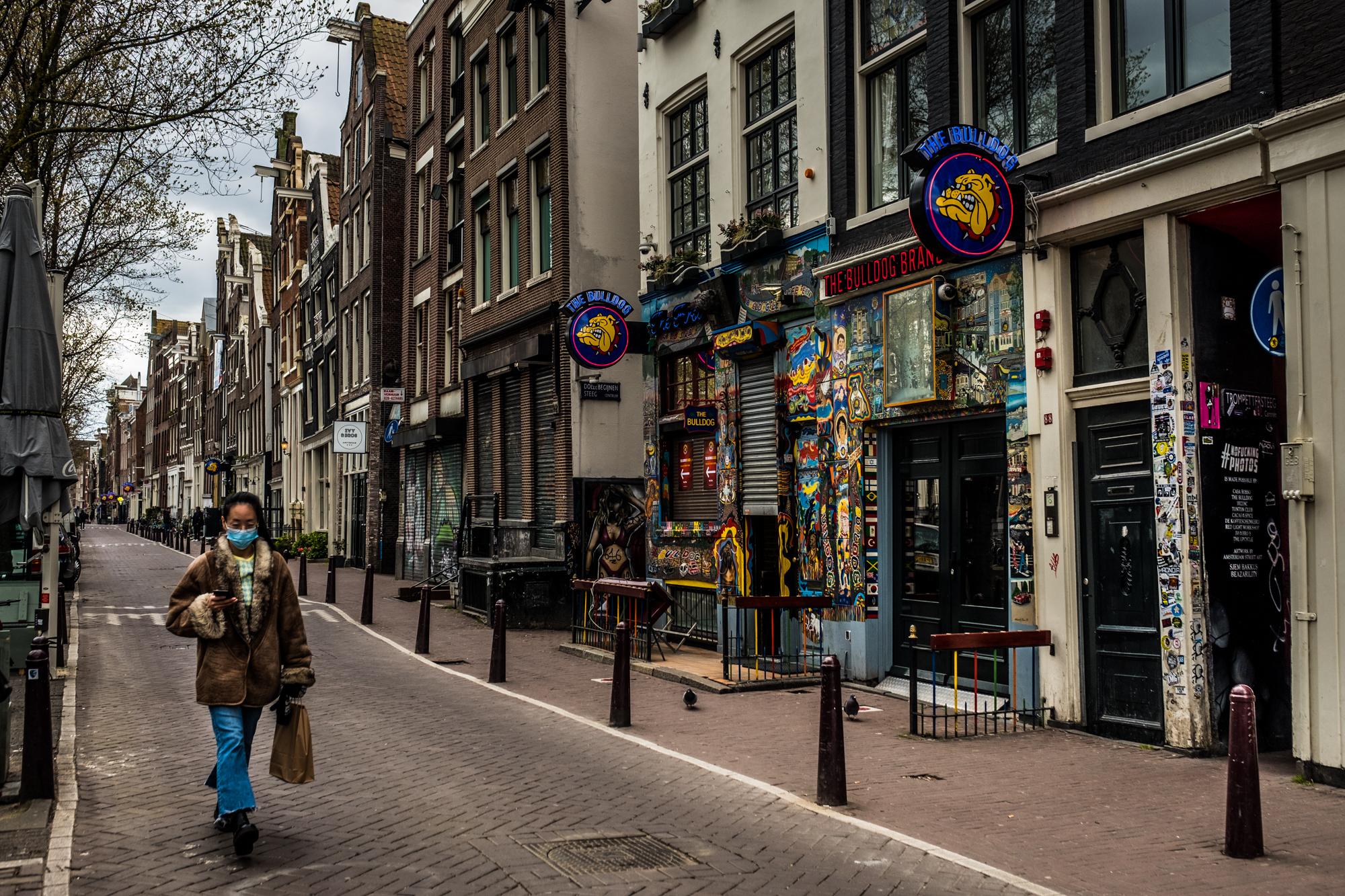 The Bulldog, Amsterdam’s most famous coffeeshop, is also localized in the area and is closed since the 15th of March. A few days after the closure, the government decided that people can come to the coffeeshops for take away. 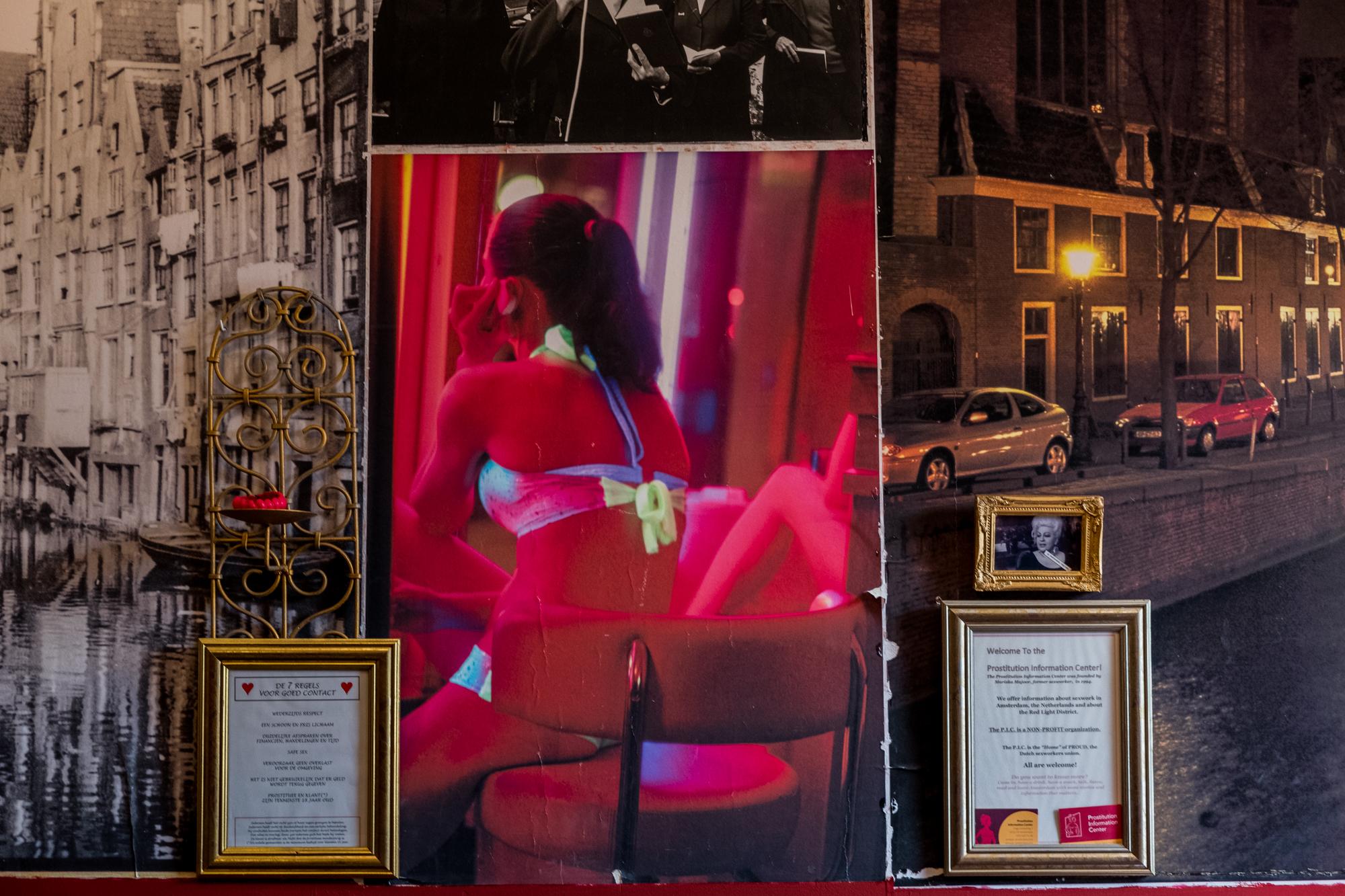 Mariska received us in the PIC, the organisation worried about the faith of "their girls" during this difficult time. It is hard for her to estimate the size of the problem: "girls like us don't always registered, they try to avoid getting in touch with authorities, particularly when they have come illegally. The lack of data on the number of prostitutes is now harming an effective emergency response”. 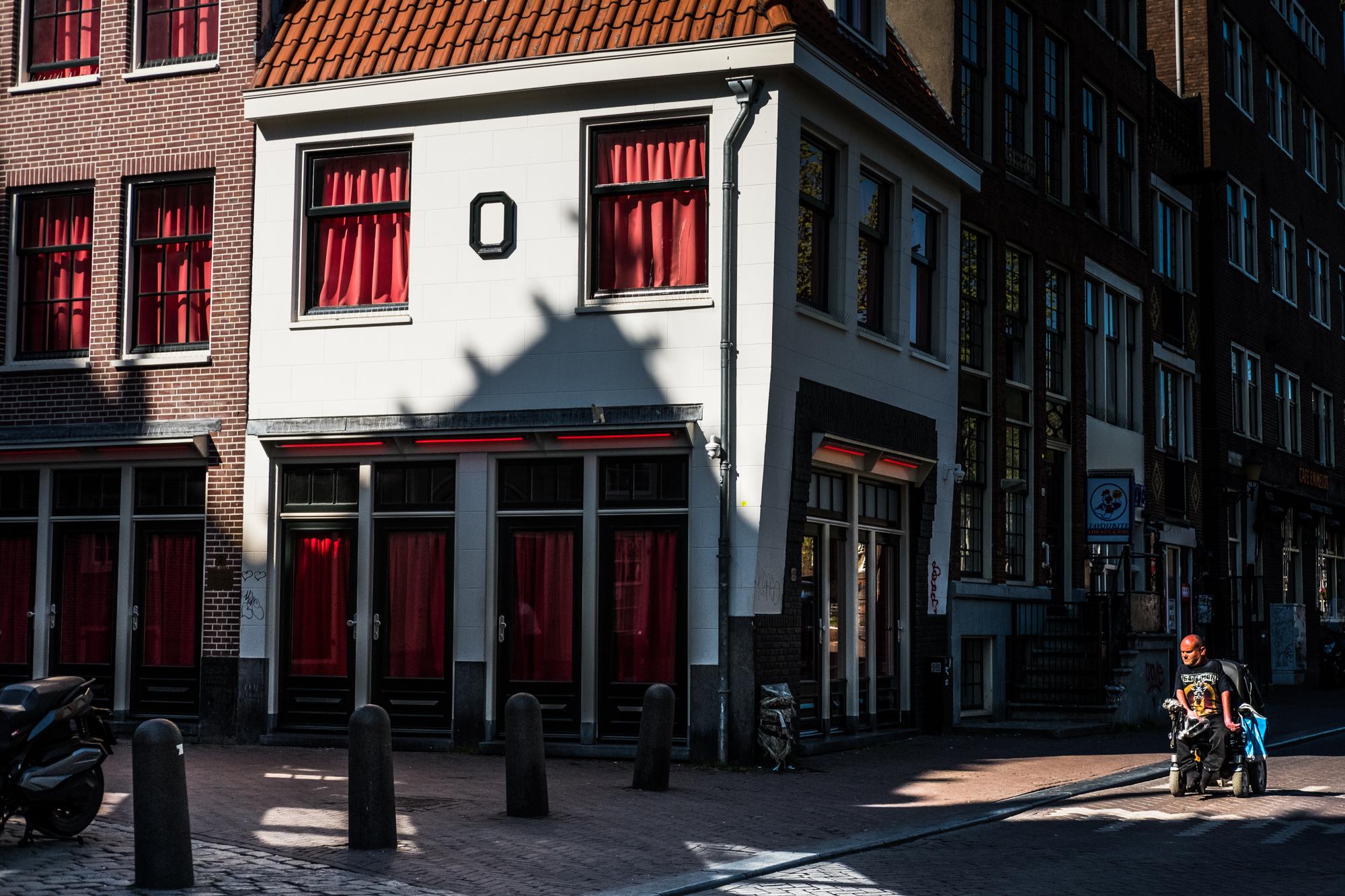 Streetview of the almost empty streets, leaving space to the original inhabitants, that go usually unnoticed among the number of tourists strolling the area. 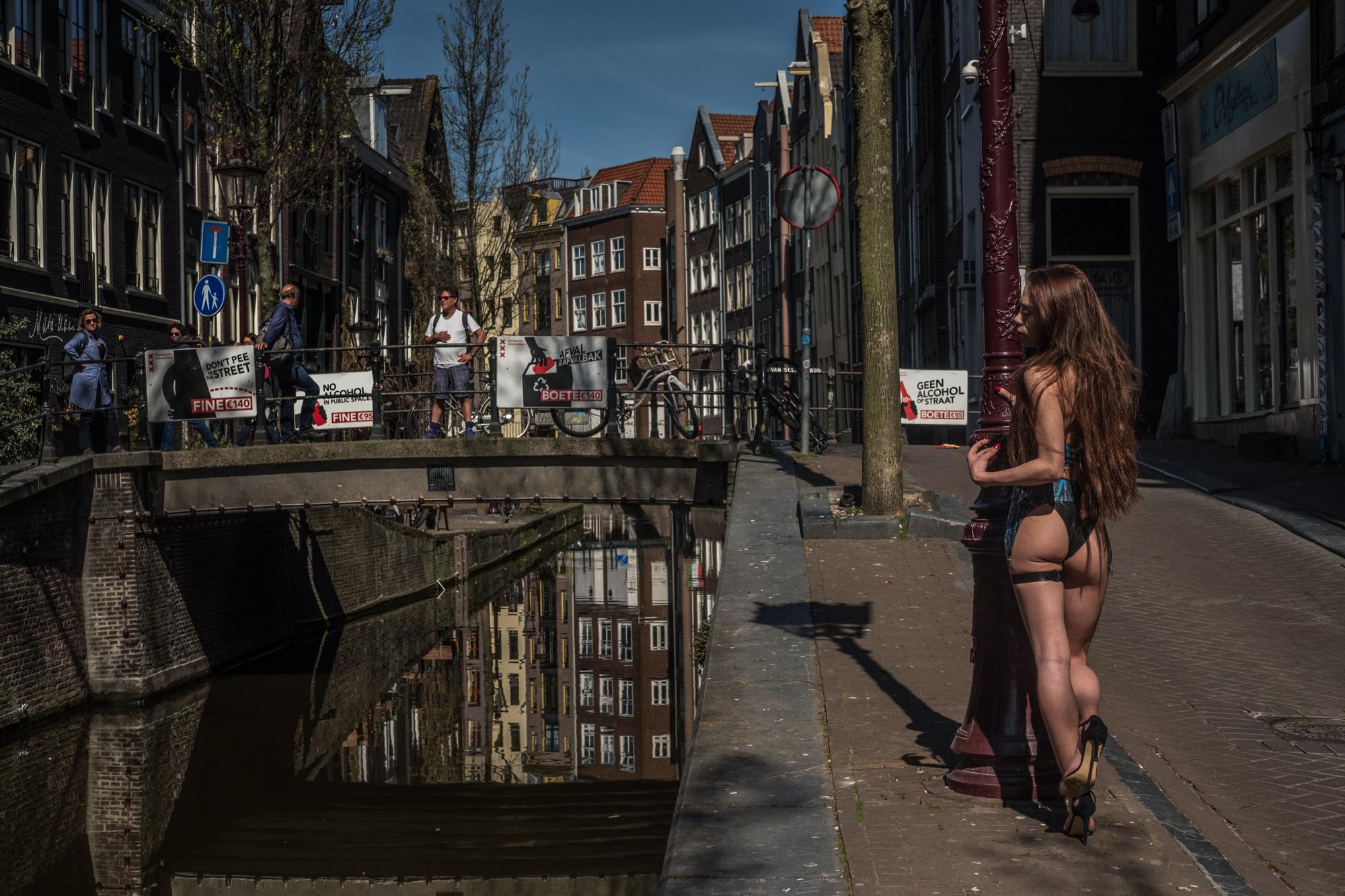 Anouk is a Dutch latex-model and works as escort-lady. Afraid to contract or transmit the disease, she temporarily stopped working. Her income dropped dramatically. She used the rarily seen empty streets of ‘De Wallen’ as a decor for a photoshoot to improve her portfolio. 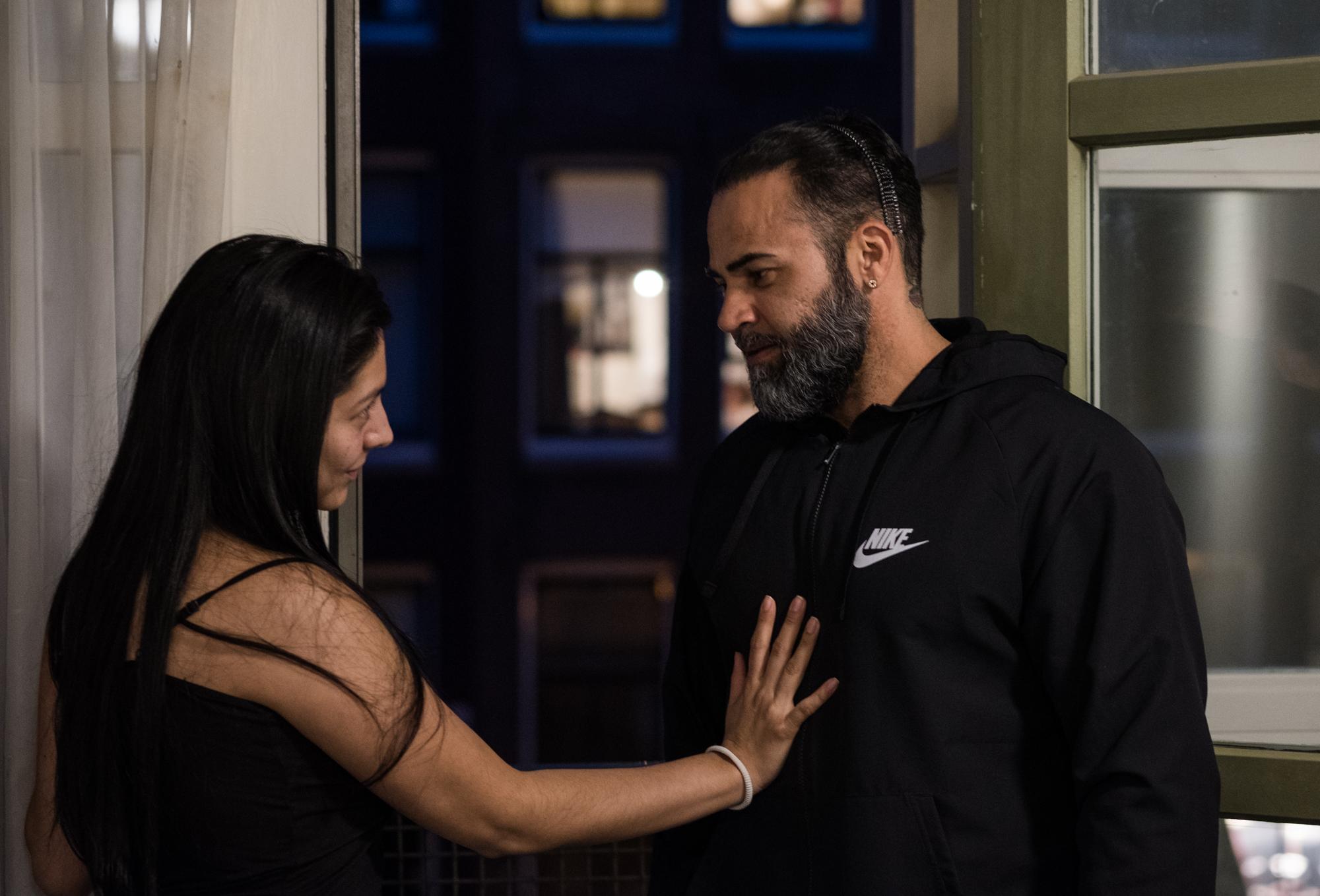 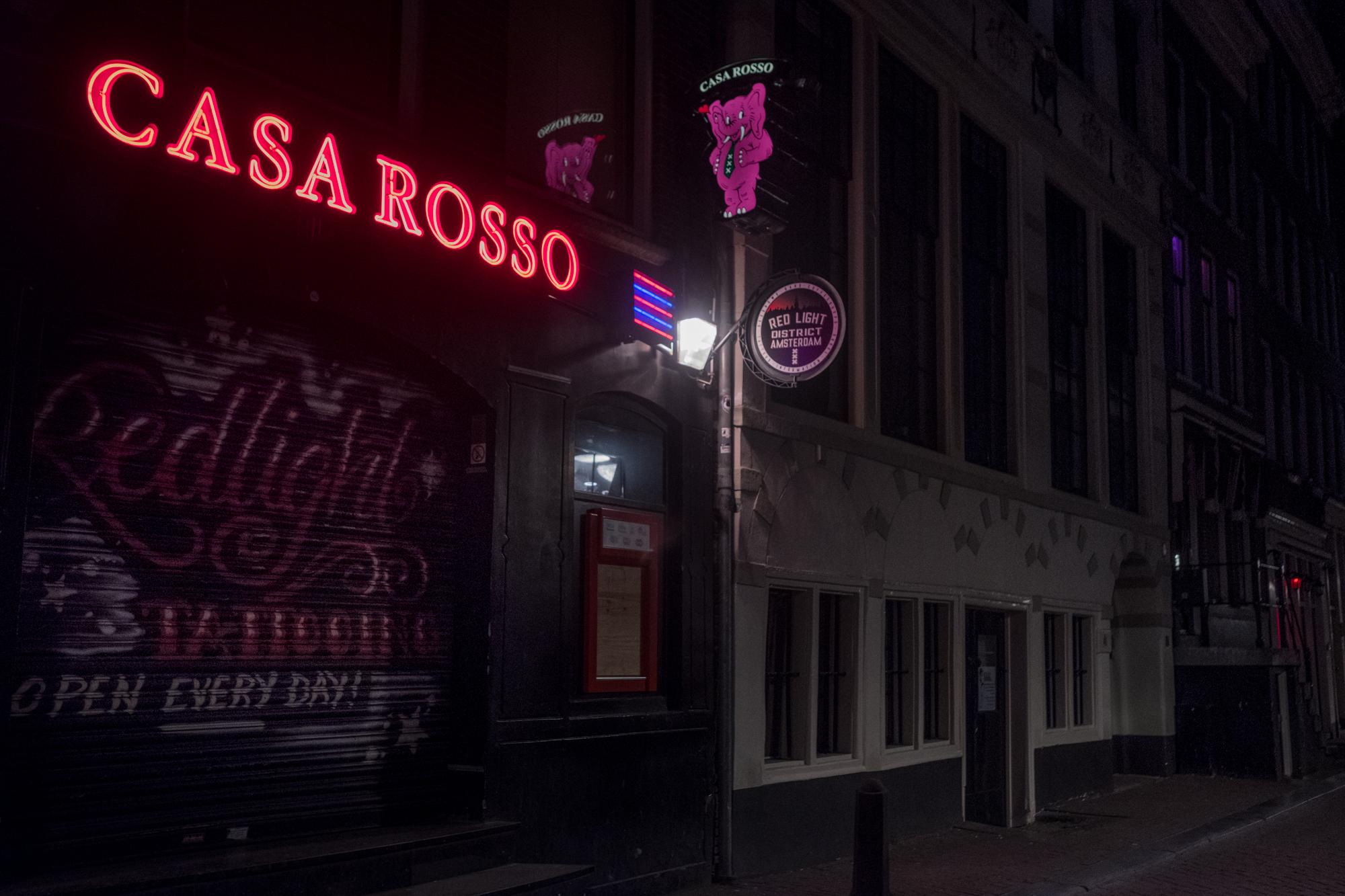 Employees of sex clubs are often paid in a construction called opting. They pay tax, but do not have a fixed contract. They can neither apply for governmental support for freelancers, nor for that for permanent employment, and fall by the wayside.
WHEN THE LADIES OF LOVE LEFT
Mariska (a pseudonym) fears what will happen with her little savings now COVID19 rages on. It has already been weeks since the Dutch Outbreak Management Team has prohibited the so-called "contact professions", and she and her colleagues have been at home ever since. "Some ladies will suffer unbearably", she says. Many sexworkers she knows work illegally behind the famous red light windows and will not be able to access social emergency care. "They will be on the street before you know it". Others, she says, continue to work out of pure necessity, risking their own and their families' health.

The outbreak of the Covid-19 pandemic has a severe impact on the daily life of Amsterdam’s infamous Red Light District. There is no area in the Netherlands where the measures to prevent the disease from spreading have created such a large contrast with the daily status-quo than at ‘de Wallen’, as the area of brothels, coffeeshops and sex workers is called. The streets are empty -- tourists, customers that usually brought much needed money, have long gone. This photo story tells the story of the ladies of love and explores their fears, uncertainity and what actually happend when the red curtains closed.