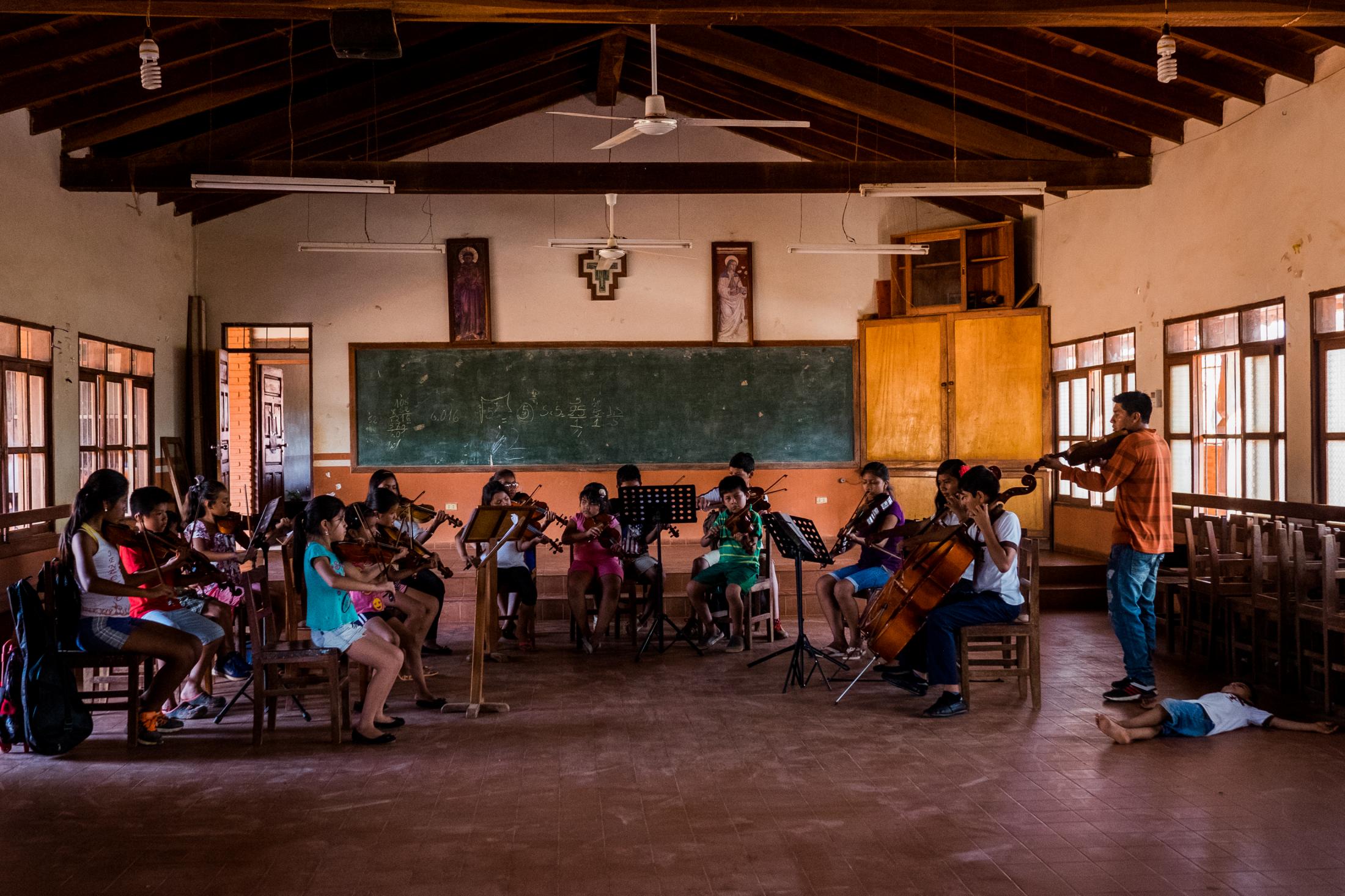 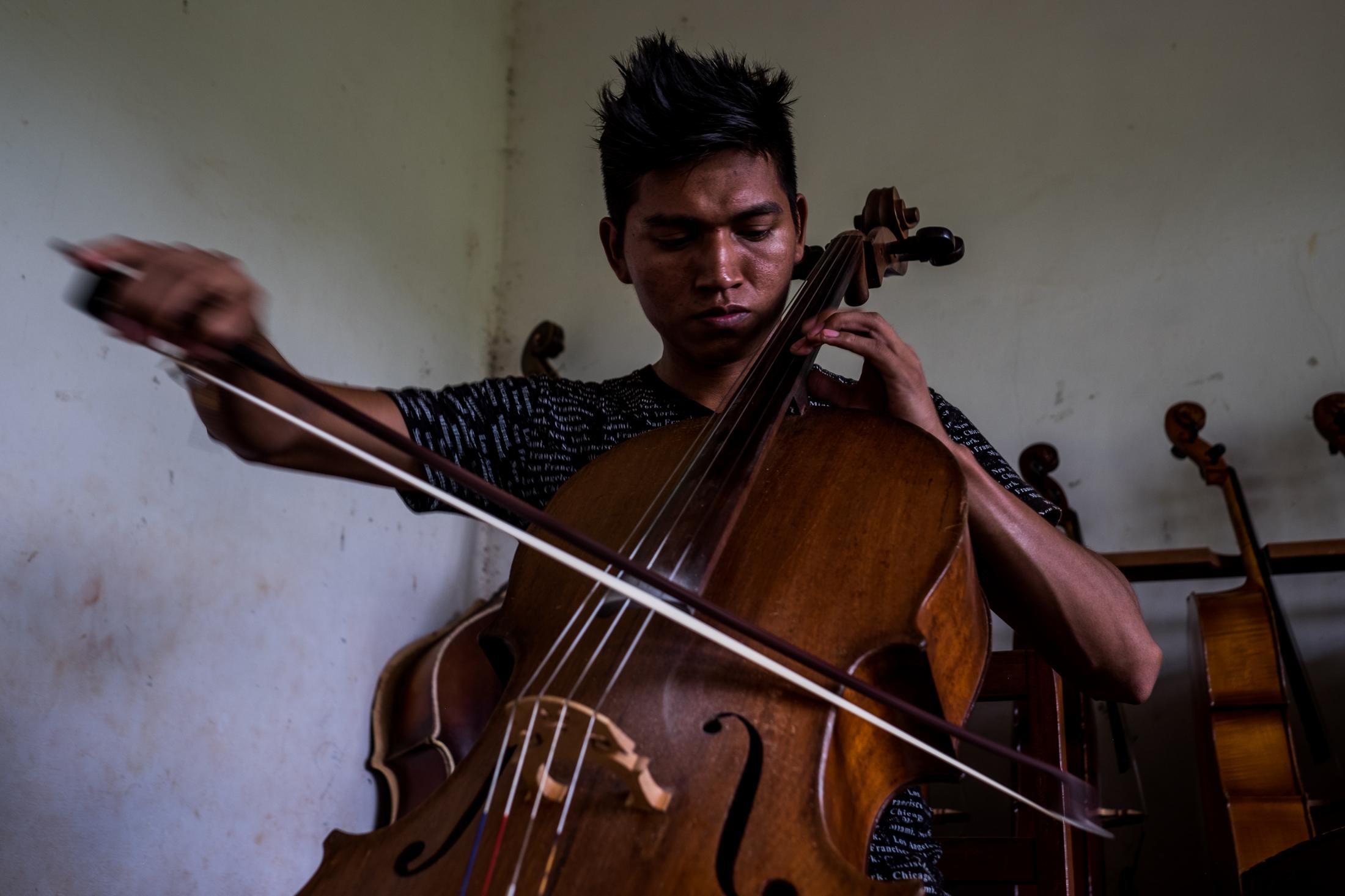 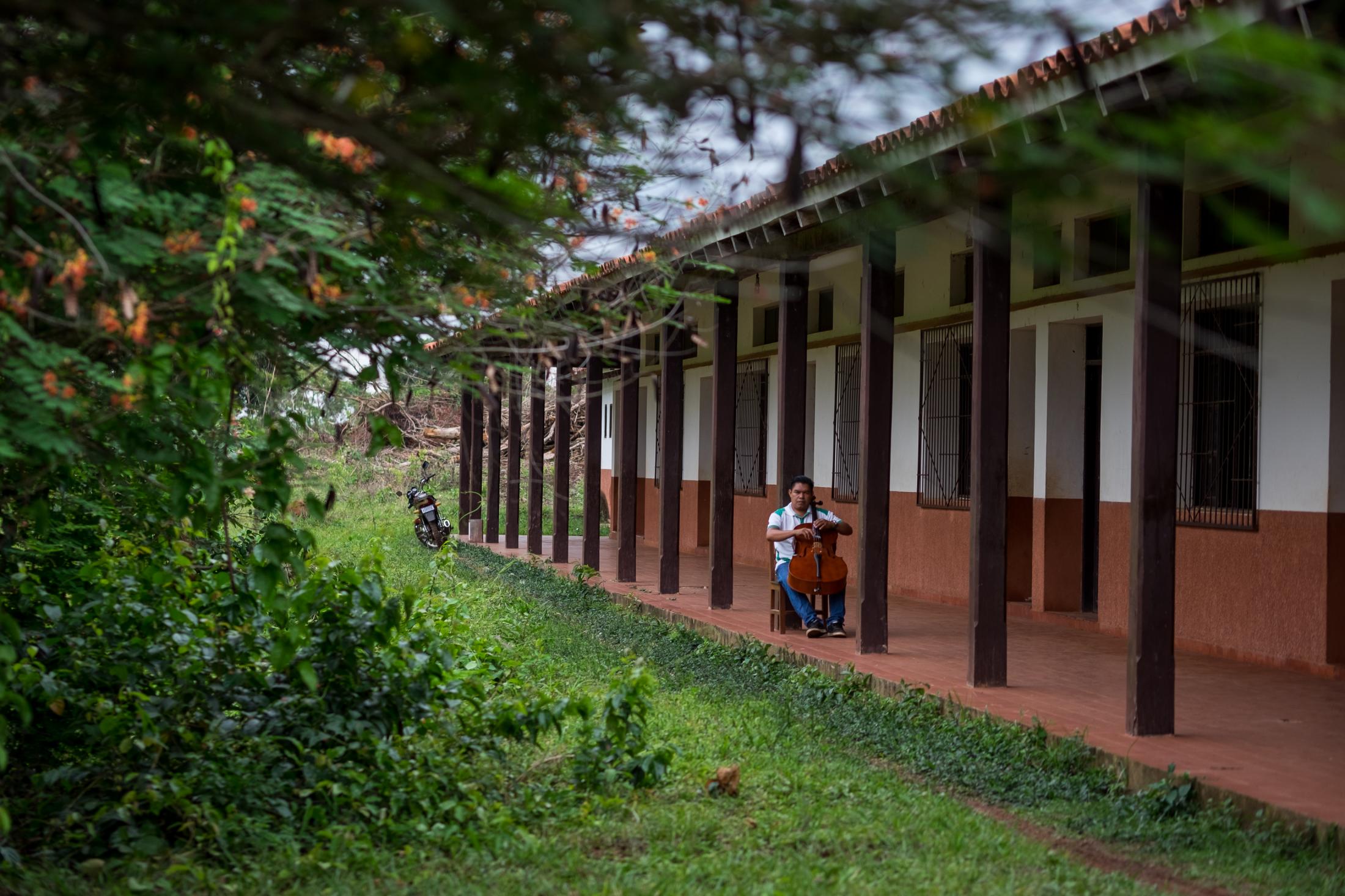 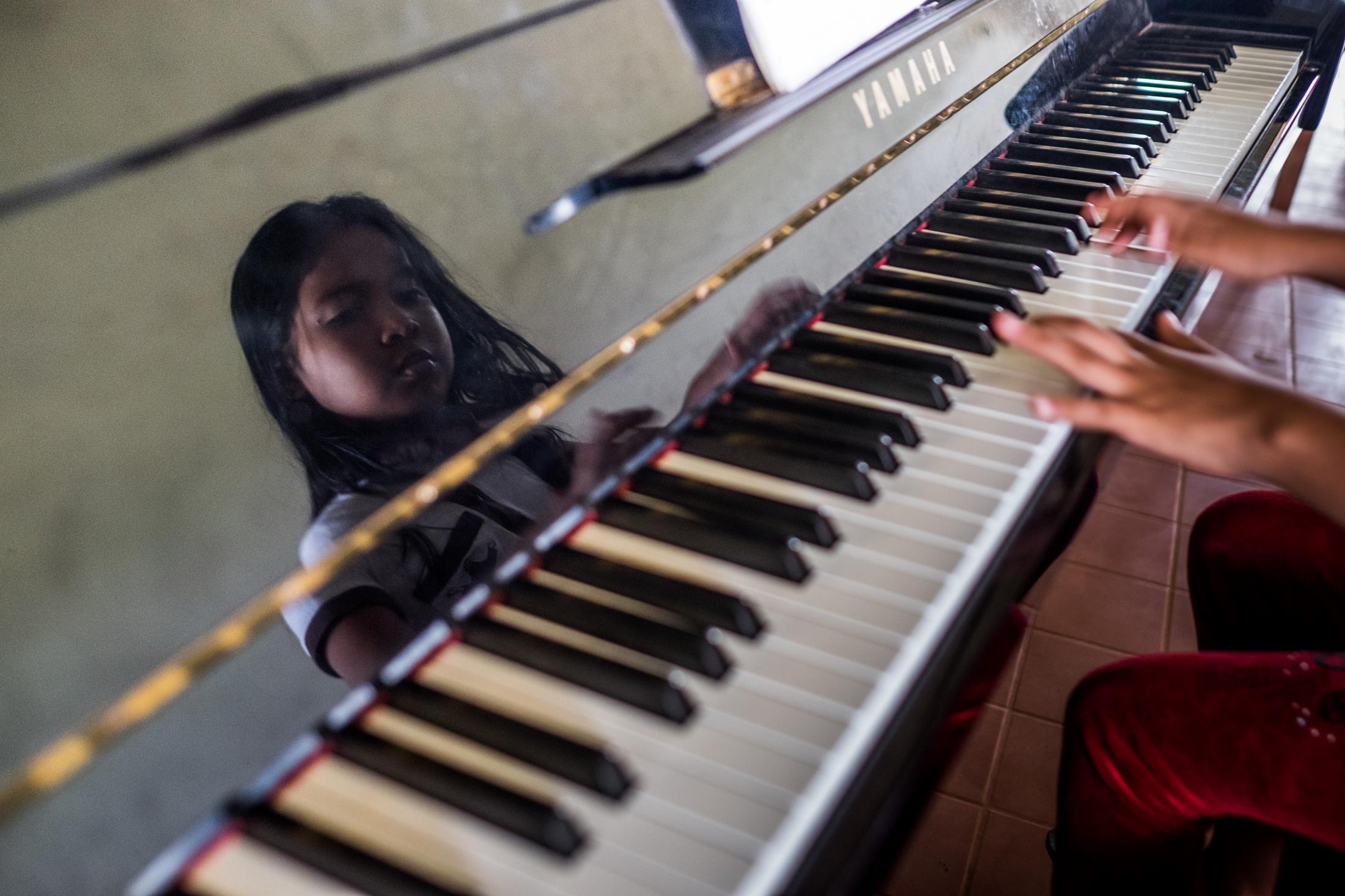 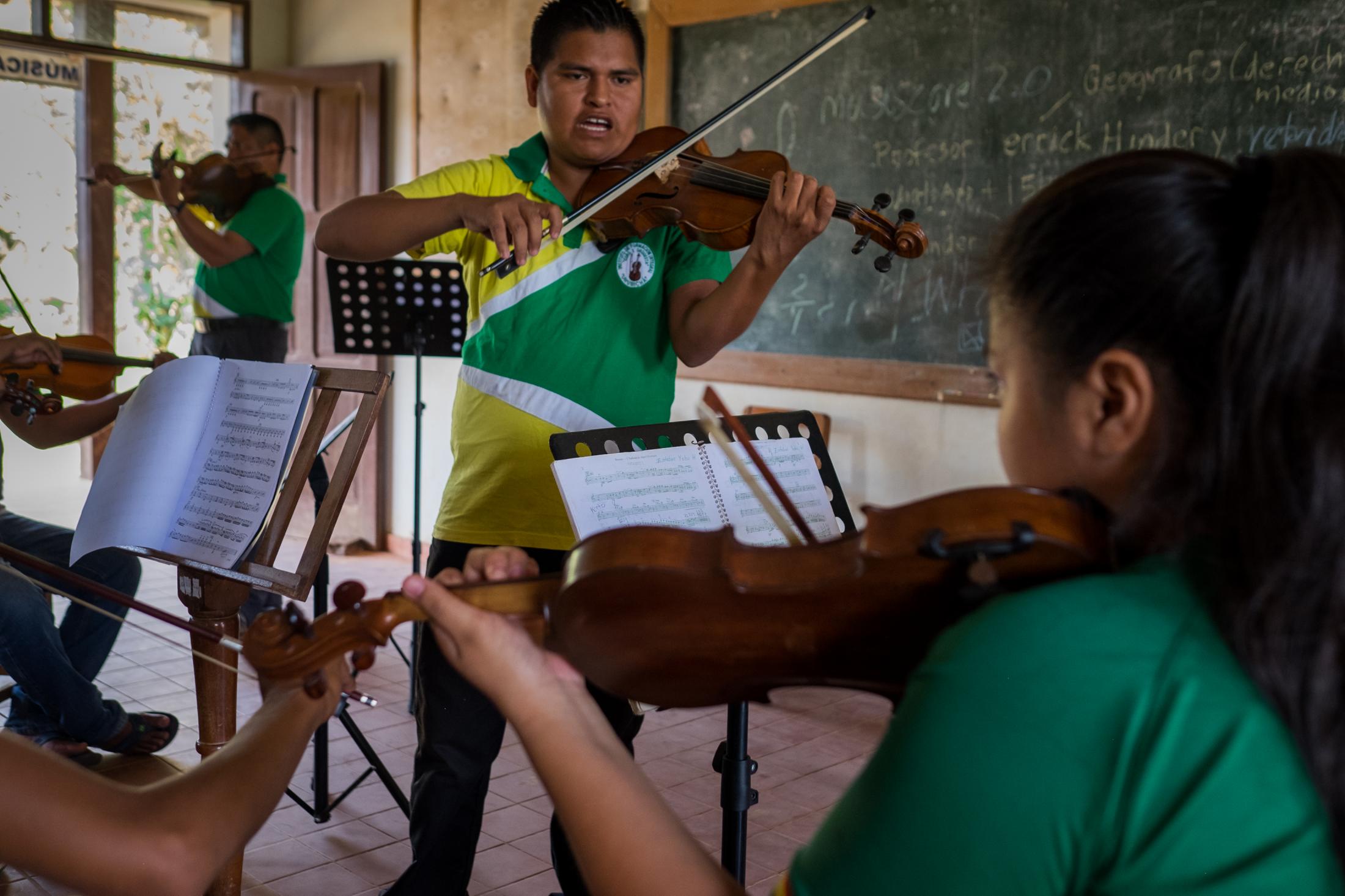 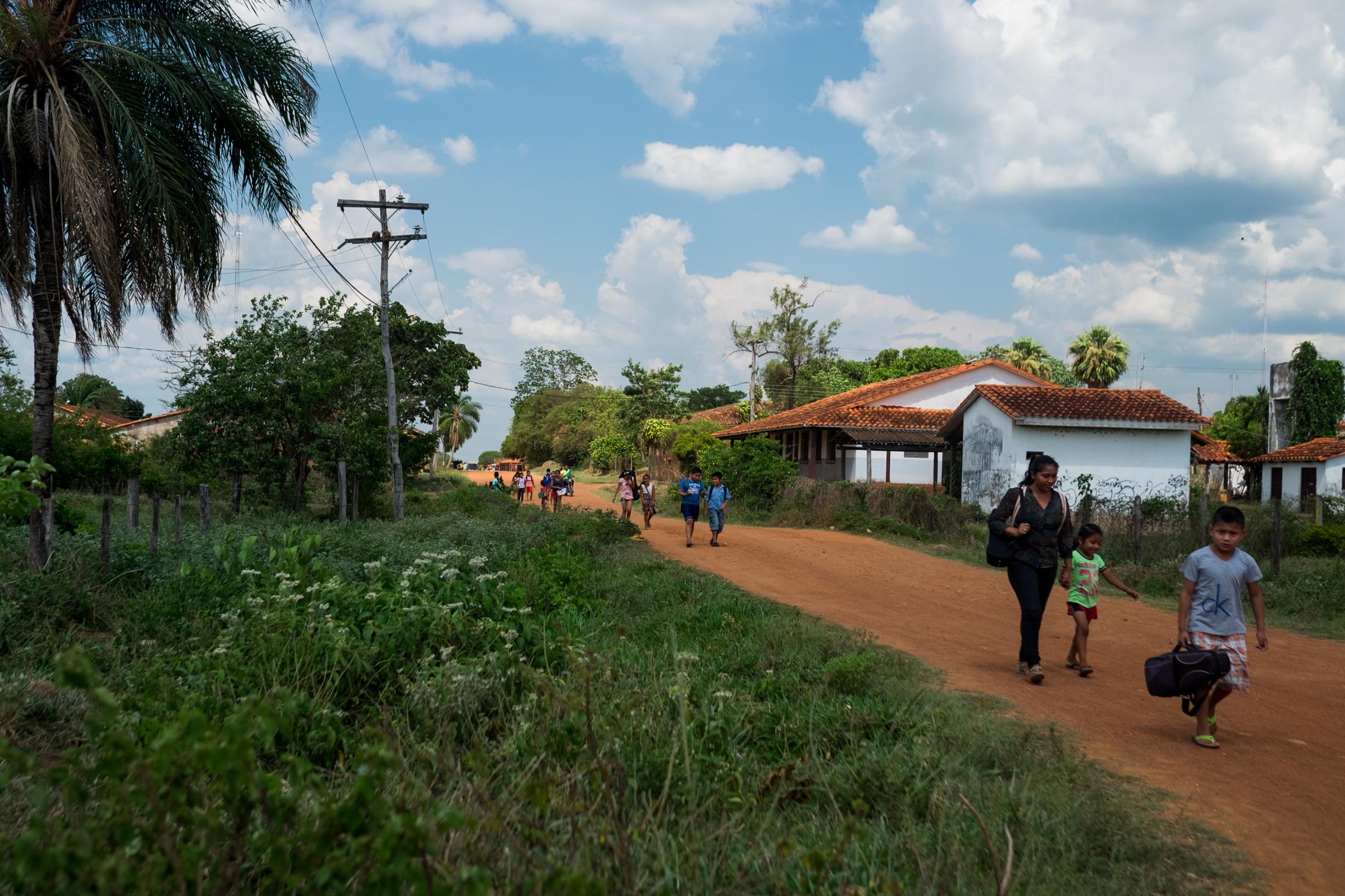 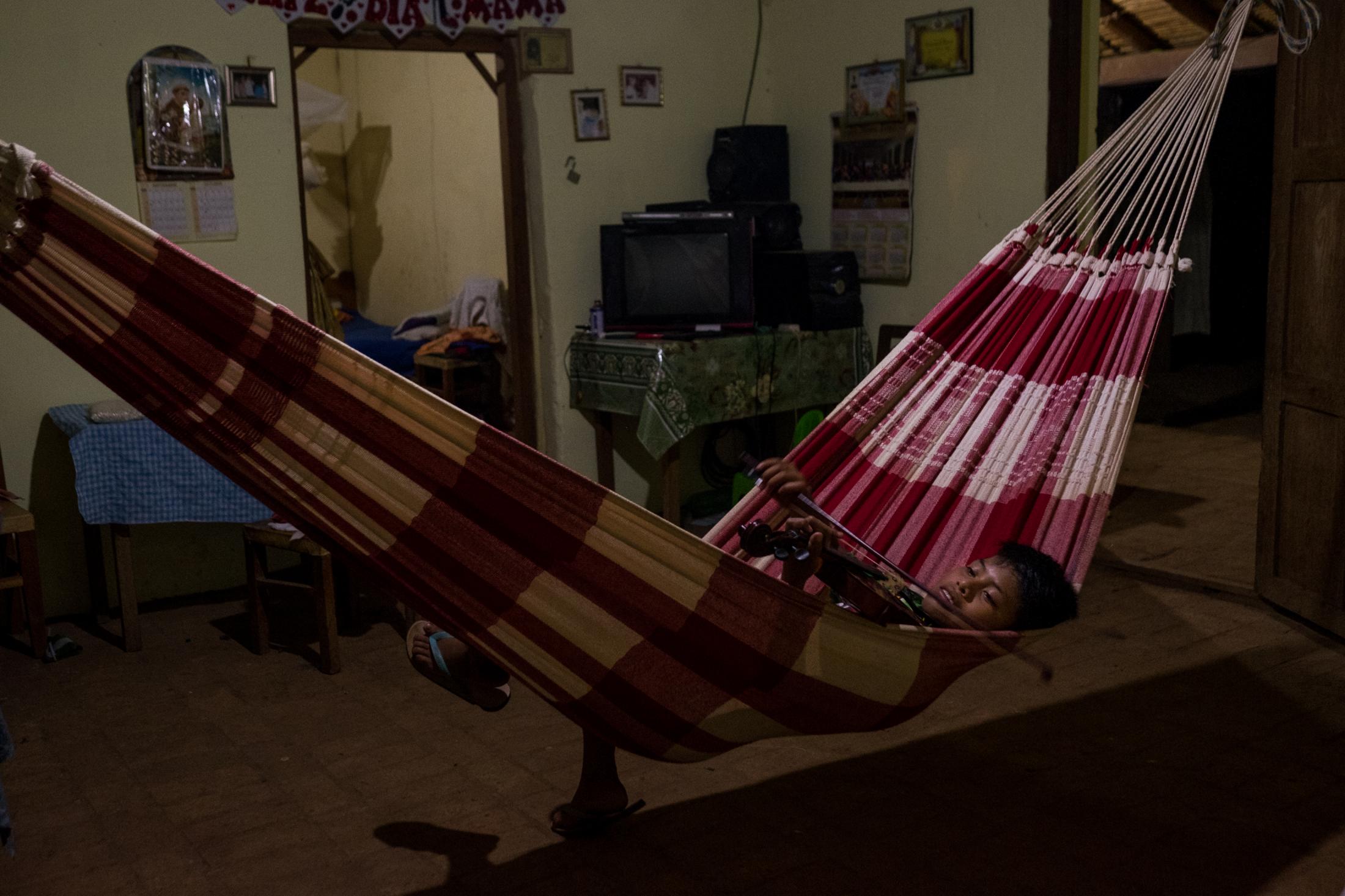 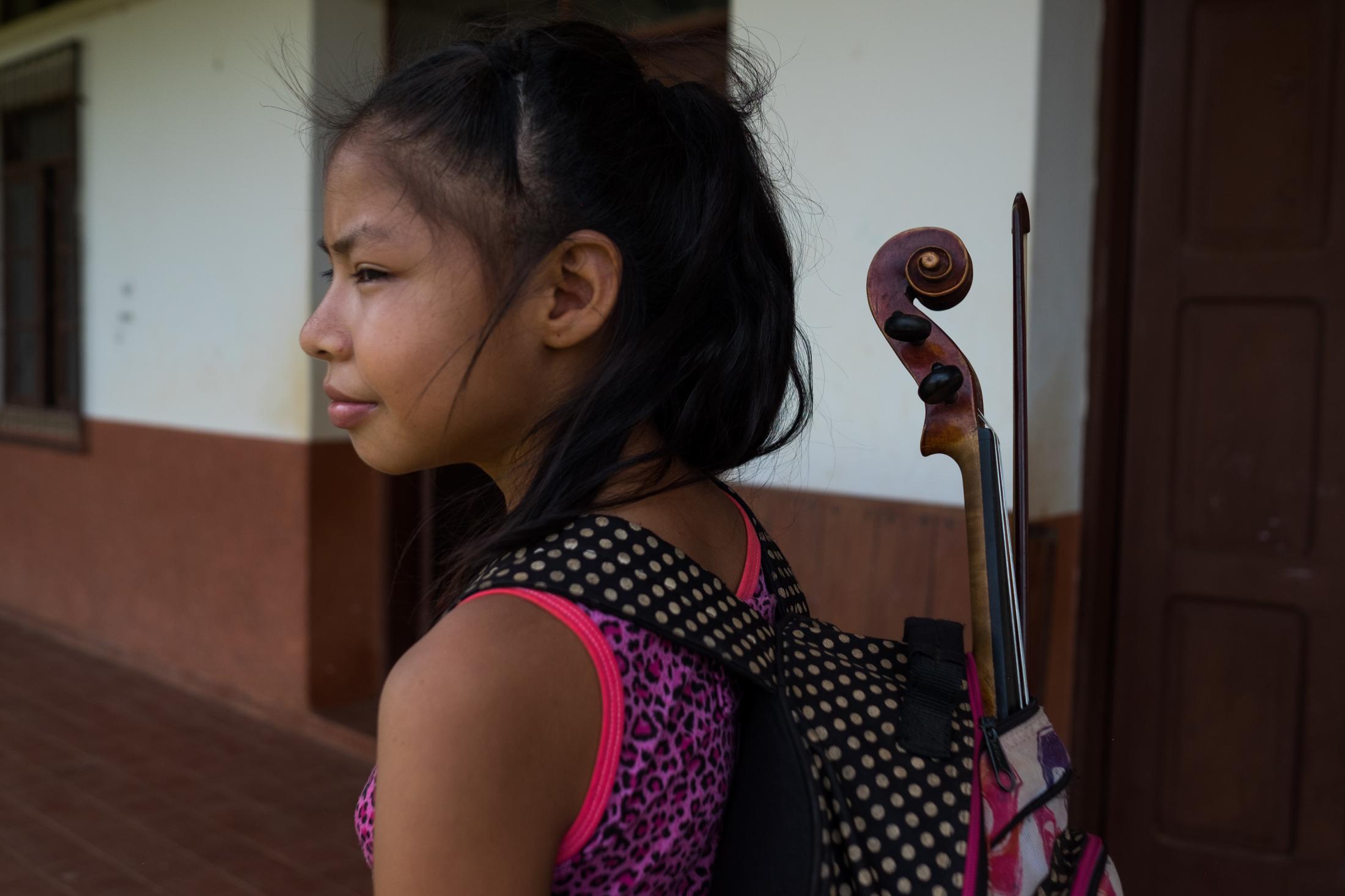 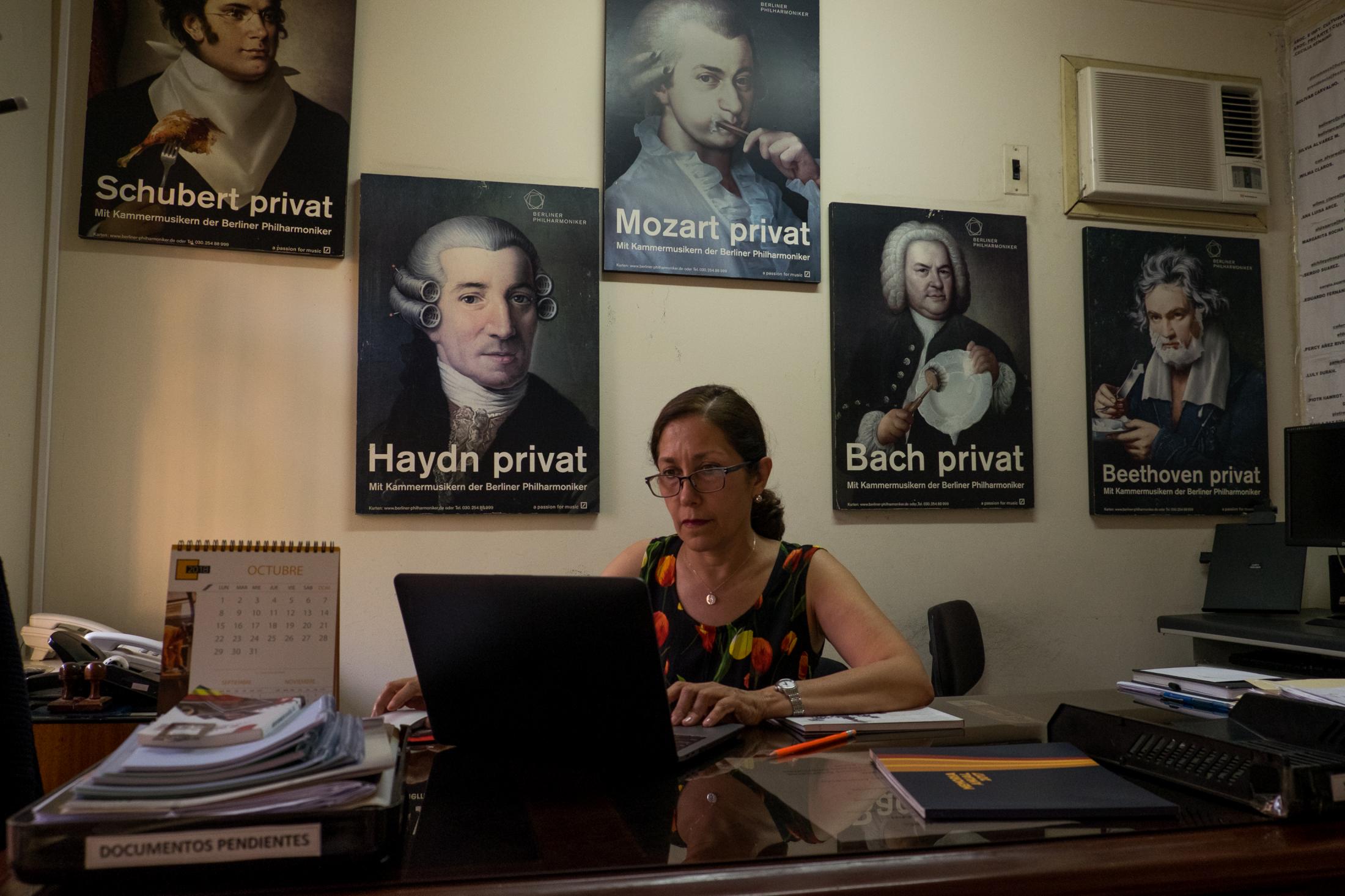 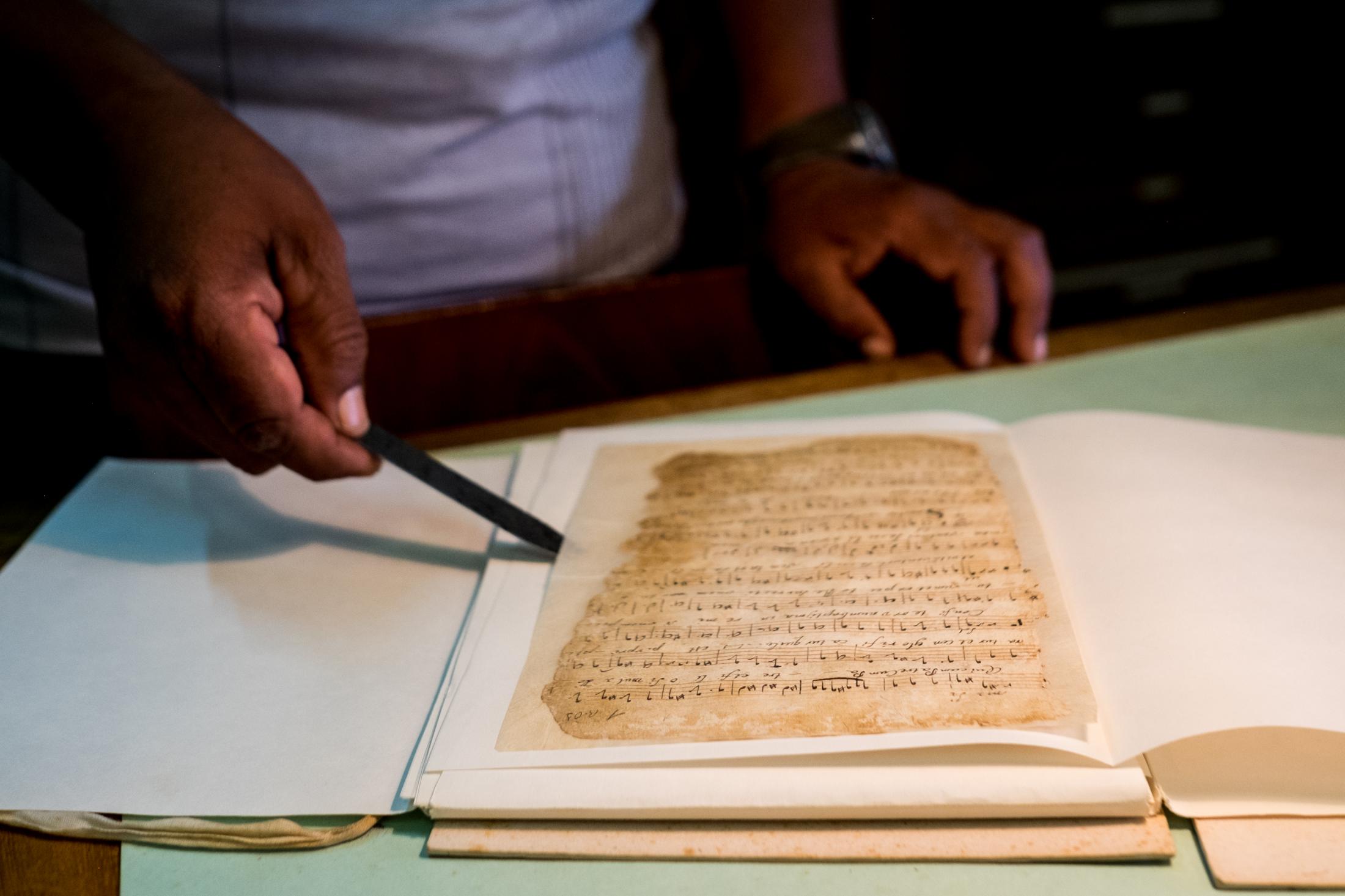 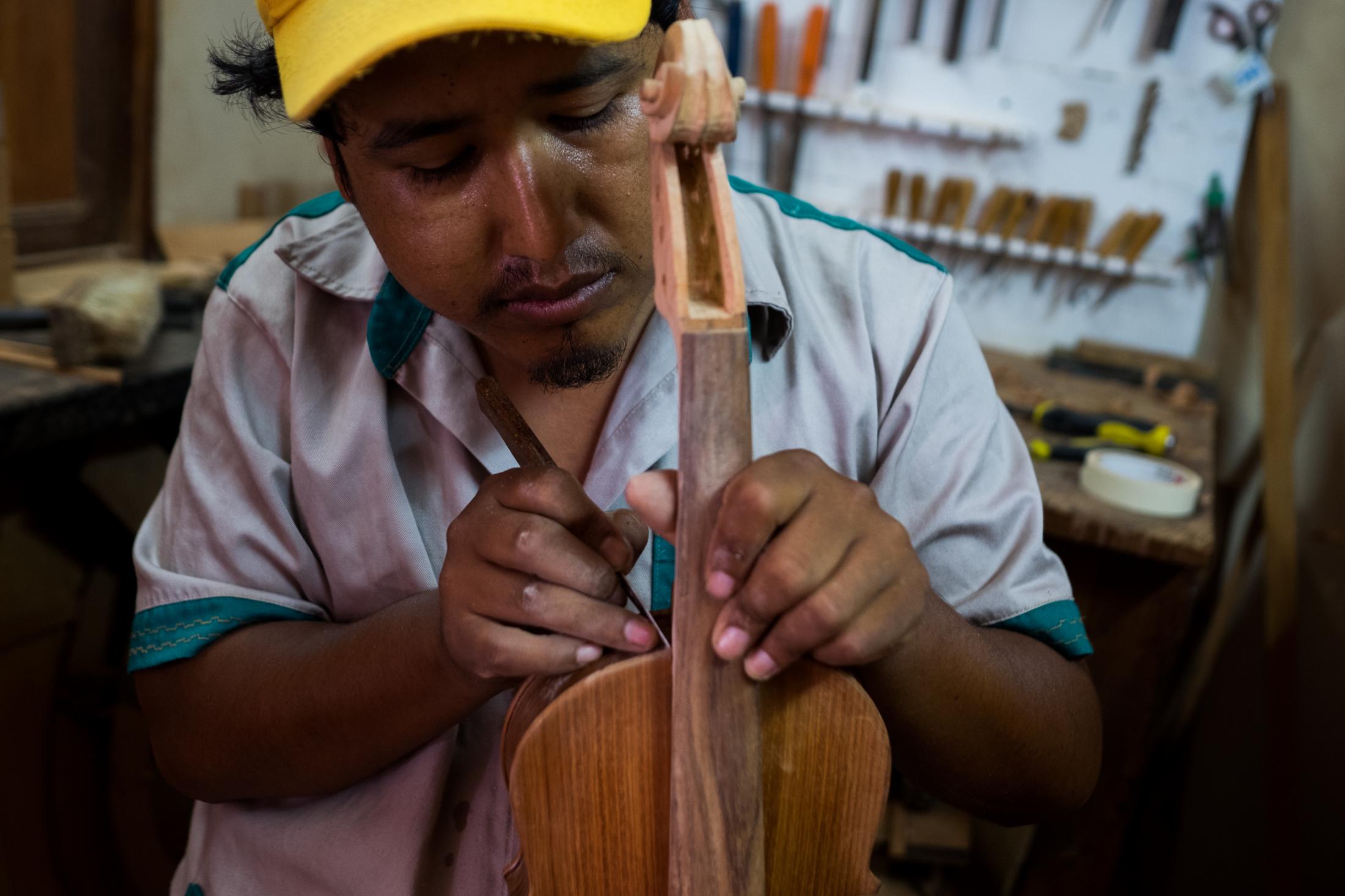 The Chiquitania, the tropical lowlands of the Amazone basin in Bolivia, are home to an extraordinary musical culture: baroque. The classical music was brought to the eastern parts of Bolivia by the Jesuits in the 17th and 18th century. In every mission a music school was founded, as music was used to convert the indigenous population to Catholicism. When the Jesuits were expelled in 1767 several communities kept the partitures and guarded them for the next generations. In 1970 the Swiss architect Hans Roth, who dedicated his life to renovating the Jesuit mission churches, found more than 5000 pages of the original music in Santa Ana which was the beginning of the revival of Bolivian baroque. The sleeping patrimony was awakened. In 1990 several Jesuit missions were declared patrimony by UNESCO. Since 1996, the Pro Art and Culture Association organizes the two yearly Baroque music festival which has given an enormous boost to the musical education in the area. New interpretations are arising, fusing indigenous rhythms with the classical ones. The town of Urubichá, with 5000 inhabitants, has one of the largest and most famous music schools of Bolivia where 689 local children learn to play various instruments, or to sing. In recent decades musical education became valued as an important aspect of daily life, giving children from these rural areas important opportunities for their future.